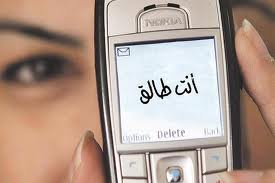 Yes, I’ve been told on many occasions that there aren’t a lot of men who think like I do. Yes, Ia��m becoming more and more aware of this little detail. But, how is it that some fundamental things in life can be seen any other way than they should be?A�

Married women. I believe that, in this twisted society, married women are treated with respect only because of the existence of a a�?mana�? by their side. I guess that is the best scenario. Of course some people respect women (in general), but the bigger number of people simply doesn’t see a reason to do so. And so, married women have turned into the trophy wives men carry around with them. They have turned into these Barbie dolls, with all the plastic surgeries, the make-up, and the over compensation with materialistic items. And again to my surprise, married women have become the peak of sexual conversations. If a young man is friends with a married woman, it is considered acceptable for him to seek a�?experiencea�? with his married friend. Is there no such thing as a sacred marriage? Is there no such thing as love or commitment? The sad part is that these kinds of conversations are not exclusive to married women; they extend to older women and of course divorced women.A�

When a man goes out with a woman and thinks of her as a�?wife materiala�?, he likes to keep her a�?untoucheda�? and a�?purea�?. Divorced women, having been married, have become a safe environment for men; they are already a�?broken intoa�?. Who is going to question it? Nobody is going to try and protect her. Her ex-husband obviously doesn’t care. Her parents? They would be too ashamed that she is divorced that they would try to force her on any and every man available in the hopes of having her be married again. Why? Because, what would people think of her? a�?She couldn’t keep a husband; she cana��t even get a new man?a�?