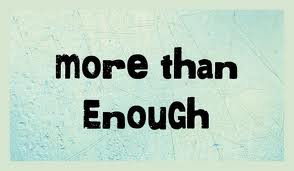 I have been a girl that lived in a conservative society for my whole life. Thank god, to a point my parents were a bit loose. But that doesn’t mean I have not seen what a cruel moral and physical treatment a woman receives. So next, I’m  not going to talk about women’s right in Lebanon (if they exist), I’m going to give a general view on what a Lebanese women goes through every day of her life.

Women’s rights! Something, I might have heard about, in Lebanon? Yeah right! It’s something that NGOs are getting killed to accomplish, it’s something that every girl should fight for, and even every man. Knowing that women’s rights are discriminated in Lebanon and never taken into consideration, Lebanese women have been struggling in the society for ever, let us have an idea of what women situation is like in Lebanon, since a female is born and until she dies.

“Hazzak beshi3 tel3it benet bas lmhem khel2a kemle! Eh t3ish w thezz la khayya” (you’re unlucky to have a girl, but hopefully she will be like her brother). The first crime committed toward Lebanese girls, a crime that she might pay for it her whole life. The Lebanese girl is differently treated since the first day she is born, but on the other side, a boy is all what a family has, and what annoys me the most is the sad expression: “Ya haram, wahid ma 3endon gheyro” when in fact he could have a sister or more, what a tragedy right?

Later on when she grows up, she is sadly, raised on the differences between her and her brother, and somehow she is brainwashed and convinced. He can yell while she can’t, he can go out and come back home late, while she also can’t! Why? Because “3eib”. She must work home, does the laundry, wash the dishes, clean her brother’s room, serve her family, and serve her brother while he is sitting and playing games and watching TV. Don’t, don’t, don’t!! Can’t, can’t, can’t! Work, work, work! And when she gets married and she sure will in an early age (12-18) or she is no longer worth it, she is basically brainwashed and raised on the mentality that women must be “subservient” to their husbands, she is inferior, he work is limited in the house(raising kids but without having an opinion, household chores, cooking…). She is brainwashed that women must be subjugated to the wishes of men excuses slavery and violence. If he’s mad, he has the right to hit her. If he wants to have a sexual relation, he has the right to force he even if she’s not in the mood, and a lot more and more… And one of other expressions that pisses the most is “badde rabbia” as if she’s a baby to be raised!

What drives me a lot crazier is the law. The law that cannot protect us! The law that is excluding rape as a crime. If a woman is raped, she is often most severely punished as the guilty part in the crime. The law that is excluding “jarimit lsharaf” as a crime. Oh I’m sure you would like to hear about this last one. Well, dear friends, In Lebanon, the “honor crime” which is committed when a girl messes with her family honor(big deal), by having a sexual relation before marriage, by marrying someone out of her religion or by running away with someone just because her parents and brothers didn’t think that he was right for her ignoring her opinion… and this is really honoring! Right? They kill her in the name of honor; they kill her in the name of religion!

Lebanese women who married non-Lebanese men cannot pass the Lebanese nationality to her children. This law that the government claims that it has been well studied, and knowing that there are many reasons to consider it and that our society might become chaotic, but hey government friends! Don’t you think that our society is already chaotic? Come on! “shou we2fit 3leina?”

If I want to keep going, I might never finish cursing this sick, self damaged society. But what we all should know is that, it is not women and girls alone who suffer. It damages everyone even men. It also damages the society. The evidence shows that investing in women and girls delivers major benefits for society. An educated woman has healthier children. She earns more and invests what she earns in her family. Yeah, but that unfortunately this is not really considered around here! They all think that we are weak, undependable, defective and inferiors. So my female friends, and even male friends, I think it’s time to say enough! To yell we have had enough! Enough of discrimination! Enough of violence! Enough of differences! Enough of sexism!