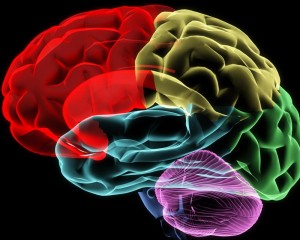 Biological deterministic approaches teach us about the differences between a woman’s brain and a man’s brain. However, new extensive researches in Neuroscience prove that major differences exist between individuals’ brains. “Brain plasticity” is the key concept to explore. It refers to the capacity of the nervous system to change its structure and, its function over a lifetime, in reaction to environmental diversity. In that sense, every individual has the capacity to evolve parts of his/her brain, depending on his/her personal experiences and the impact of his/her environment. Sex differences that grow larger through childhood are likely shaped by social learning.

Parents: in spite of best intentions, different expectations, interactions, and attributions for success of boys and girls.

“Yes, men and women are psychologically different and yes, neuroscientists are uncovering many differences in brain anatomy and physiology which seem to explain our behavioral differences. But just because a difference is biological doesn’t mean it is “hard-wired.” Individuals’ gender traits—their preference for masculine or feminine clothes, careers, hobbies and interpersonal styles—are inevitably shaped more by rearing and experience than is their biological sex. Likewise, their brains, which are ultimately producing all this masculine or feminine behavior, must be molded—at least to some degree—by the sum of their experiences as a boy or girl”.

According to Dr Catherine Vidal, neurobiologist extraordinaire and Director of Research at the Institute Pasteur in France, “only 10% of our 100 billion neurons are interconnected at birth and the remaining 90% of the connections are built gradually, based on the influences of family, education, culture and society. During the developmental process, the brain integrates external components that are linked with the history of each influence. ‘This is called brain plasticity.’That is why we all have different brains. And differences between individuals of one sex are so important that they will prevail over those between the sexes“.