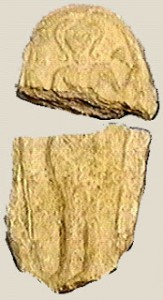 The idea of learning from the past so that mistakes are not repeated is one of the basic foundations for studying the past. But it should be remembered that each situation is different, no matter how close it resembles a past. The trick is to pick the correct lessons of the past and apply them to the correct situation, thus mining the wisdom of past lessons learned.

Little information is available concerning the status and situations of women in Canaan (about Canaan, refer to the end note). The following post gathers few ideas based on the particular situation of women at Ugarit – an ancient port city on the eastern Mediterranean at the Ras Shamra headland near Latakia and Minet el-Beida in northern Syria. Apart from royal correspondence with neighboring Bronze Age monarchs, Ugaritic literature from tablets found in the city’s libraries include mythological texts written in a poetic narrative, letters, legal documents such as land transfers, a few international treaties, and a number of administrative lists.

– Beside the queen, no female cultic functionaries are mentioned in the literary texts of Ugarit. Priesthood seems to have been predominantly male. Still, women acted as singers and musicians in the cult.

– The queen mother could own property and she played a crucial role in determining the royal succession upon her husband’s death. Her position was grounded in religious ideology. As her son served as earthly representative of a region’s or nation’s patron-god or gods, so do the queen mother seems to have served as representative of deities, like the mother-goddess Asherah.

– Mourning was done by males and females, gods as well as humans, but it seems that women played a more prominent role in it.

– So far, no Ugaritic texts that have been found concern female cultic impurity. Yet, several texts mention the ritual purification of the king; since the queen, too, performed sacrifices, it seems reasonable to assume that she, too, had to be pure in order to do so.

– According to Ugaritic texts, magic was performed by males as well as females. Also, in an incantation against the evil eye, the wicked man and the wicked woman are mentioned in parallelism. The evil eye was believed to cause all sorts of harm to people, which could be warded off by incantations.

– The wives of important Ugaritic citizens received polite greetings from other senior officials. Apparently, the ruling class of Ugarit maintained polite correspondence to foster good relations among themselves. Less well-off women probably had little influence over their own futures.

– A daughter did not have a normal share in the inheritance. When a man appointed his son as his sole heir, his daughters and other sons were supposed not to dispute this decision. Wives and daughters were not regarded as heirs. Yet, if a husband wanted to make certain provisions for his wife after his death, he could do so. Also, male patrimony was the rule in Ugarit. A woman could own or acquire property during her lifetime, but under normal circumstances, she could not inherit property or bequeath it to a daughter.

– It was not impossible for a man to have four wives. But most poor families were rather small: on wife and two children (or sons) at most.

– If women are listed in the administrative texts at all, it is mostly without their name and in the same context as children.

– There are very few exceptions to the rather bleak picture of the social and economic position of women in the administrative texts from Ugarit. They confirm for example the wealth of the queen. She had her own personnel, her own vineyards, needed considerable quantities of wine for her banquets at which she drank from a heavy goblet made of silver and gold.

– A single reference to a woman manager of a harem appears in those texts. But women’s role in the economic life of Ugarit was regarded as a marginal one. Few women were mentioned in the texts and if recorded, they mostly remained nameless. One woman appears to be an instructor to a girl, but the type of education is not specified.

The main activity of Ugaritic women seems to have been confined to managing the household and sometimes its finances. Their contribution to society remained for the most part invisible. Despite its polytheism, Ugarit was rigidly patriarchal society which curtailed women’s freedom considerably. Furthermore, what was found in Ugarit doesn’t imply that all Canaanite cities, communities and societies were strictly patriarchal. Recently, Tel Aviv University researchers Dr.Zvi Lederman and Prof. Shlomo Bunimovitz found an unusual ceramic plaque of a goddess in male dress at Tel Beit Shemesh, contradicting the assumption of kingship belonging to men in Canaan. These scholars suggested that a mighty female king may have ruled the city, the only female ruler of the region known till that day. This plaque may be an artistic representation of the ‘Mistress of the Lionesses’, a female Canaanite ruler who was known to have sent distress letters to the Pharaoh in Egypt. In fact, around 1350 BCE, there was unrest in the region. Canaanite kings conveyed their fears via day tablet letters to the Pharaoh in Egypt, requesting military help. But among all the correspondence by kings were two rare letters that stuck out among the 382 el-Amarna tablets uncovered a few decades ago by Egyptian farmers. The two letters came from a ‘Mistress of Lionesses’ in Canaan. She wrote that bands of rough people and rebels had entered the region, and that her city might not be safe.

A female ruler in the region during that time period is an interesting find. If there was one female ruler, perhaps there were actually more.. Only time will tell !!

In conclusion, further extensive investigation needs to be conducted in order to depict a clearer portrait of women’s roles and situations in Canaan. Ugarit is of utmost importance also for those who study the Tanakh (Jewish Bible) or the Old Testament in the Christian Bible. The literature of the city and the theology contained therein go a very long way in helping us to understand the meaning of various Biblical passages as well as aiding us in deciphering difficult Hebrew words. Ugarit was at its political, religious and economic height around the 12th century BCE and thus its period of greatness corresponds with the entry of Israel into Canaan. Several of the Psalms were simply adapted from Ugaritic sources; the story of the flood has a near mirror image in Ugaritic literature; and the language of the Bible is greatly illuminated by the language of Ugarit. Also, the Canaanites played a very important part in the history of civilization. In the third and second millennia they bridged the gap between Egypt and Mesopotamia and to them we undoubtedly owe much of the constant transfusion of culture which we find in the ancient Western Asia. Across the Canaanite bridge went innumerable techniques and motifs, to say nothing of countless ideas and ways of expressing them.

Unfortunately, the Canaanite strata of Tyre, Sidon and other great cities in modern day Lebanon lie so deeply buried under later accumulations that it will probably be long before they are explored. Our knowledge of Canaan, must, therefore, still come mainly from discoveries made outside its soil.

This article is an excerpt of my upcoming book ‘Womanhood in Western Asia: A Journey to the Past’ (to be published by Dar el Machreq, Beirut, 2013, in Arabic).

Linguistically, the ancient Semites have been broadly classified into Eastern and Western groups. The Eastern group is represented most prominently by Akkadian, the language of the Assyrians and Babylonians, who inhabited the Tigris and Euphrates river valleys (in Modern day Iraq). The Western group is further broken down into the Southern and Northern groups. The South Western Semites inhabited Arabia and Ethiopia while the North Western Semites occupied the Levant – now Syria, Palestine and Lebanon, the regions often referred to in the Bible (both Christian and Jewish) as Canaan.

Recent archaeological finds indicate that the inhabitants of the region themselves referred to the land as ‘ca-na-na-um’ as early as the mid-third millenium B.C.E. Variations on that name in reference to the country and its inhabitants continue through the first millenium B.C.E. The word appears to have two etymologies. On one end, represented by the Hebrew cana’ani the word meant merchant, an occupation for which the Canaanites were well known. On the other end, as represented by the Akkadian kinahhu, the word referred to the red-colored wool which was a key export of the region. When the Greeks encountered the Canaanites, it may have been this aspect of the term which they latched onto as they renamed the Canaanites the Phoenikes or Phoenicians, which may derive from a word meaning red or purple, and descriptive of the cloth for which the Greeks too traded. The Romans in turn transcribed the Greek phoinix to poenus, thus calling the descendants of the Canaanite emigres to Carthage ‘Punic’. However, while both Phoenician and Canaanite refer to approximately the same culture, archaeologists and historians commonly refer to the pre-1200 or 1000 B.C.E. Levantines as Canaanites and their descendants, who left the bronze age for the iron, as Phoenicians.

Click here for more information about the Lady of lionesses.