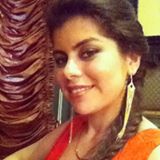 No, there is no typo in my title.

Yes, I know that this article is written for a “women’s rights in the middle east” website.

I’m against the expression “women’s rights” because it implicates in itself an implicit differentiation between men and women at the level of their rights. Merely labeling these rights “women’s” highlights an originally non-existent distinction between the two.

International conventions came up with a chart for “Human Rights” and not men’s rights.

I believe that not only women should fight to implement the respect of their rights but rather that individuals in general; women and men, should become aware that basic conditions of existence – not to over use the term “rights” – which have been conventionally established as rightful to all human beings are only being provided, in some countries, to half of what makes up “Humans”.

A rather popular quote which I have been reading frequently on many social media outlets is “women who seek to be equal to men lack ambition”. I think that whoever uses this quote to bash feminism not only lacks knowledge in the sociological definition of equality and it’s dissimilarity from equity but also is trying to uses the connotation of this quote in a non fitting place.

The concept of equality is viewed in nuanced forms by several sociologists. It could be defined as a treatment promoting an undifferentiated access to advantageous social positions to individuals regardless of their social origin. It can also be viewed as bringing closer conditions, lifestyles and salaries of individual in any community.

Equity, on the other hand is a consequence of equality and of equality of opportunities. It can be even seen as an equalizing inequality since it is based on a just equality where treatment is proportionate to the situation of individuals and where the situation of individuals is the result of their own merit and not that of unfairness in providing their basic needs at the start and in respecting their rights.

Neither of the previous definitions highlights, sociologically nor humanitarianly, any sex-based condition for the concepts.

Those who say that women lack ambition if they strive to be equal to men should realize that if doing so would ensure their most rudimental necessities economically, professionally, politically and socially then they should keep striving. Instead of these people viewing feminism as an attempt by women to “lift themselves up” to the grade of men, they should start viewing it as an attempt to abolish any sex-based, irrational and illogical, bias.

That being said, unfair criticism of feminism should be more thought through and both genders should start militating, not to defend “women’s rights”, but to implement a fuller application of “Human rights”.