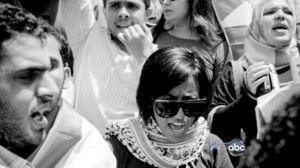 a�?Heaven knows no rage like love to hatred turned, nor hell a fury like a woman scorned.a�? – William Congreve

Centuries ago and still up to this day, women are viewed as emotional beings that could explode any moment. And worst yet, they are seen as creatures whose moods can shift from one end to the other with no sign or hint of a trigger. Women are believed to be guided by this phenomenon, and so, whenever a woman expresses herself she is alienated and barely regarded as a human being with thoughts and, like the rest of us, feelings.

The biological difference between men and women favors a woman to be more emotional than a man, true. In addition, women are more detail oriented and have the ability to patiently analyze every aspect of any given situation. Does this mean that men cannot be emotional? Does this also mean that men are not capable of being particularly observant and analytic? Of course not. And so, in retrospect, women can have all the qualities men usually do. Yes, physical strength is biological. Yes, there are differences in the brain activities of women and men. But no, biology is not the only factor in the formation of men and women. A lot comes into play; nurture and nature being on the top of the list. Some men are not as fit as some women are physically, for example. And some others are nurturing and very much in touch with their emotional side. This is not a game with one variant.

What actually concerns me is the way men talk about women nowadays, young men to be exact. Wherever I look, women come up in the conversation, whether it is our mothers, sisters or partners. And what surprises me is that youngsters use foul language with their mothers, they boss her around, tell her to cook, to fix them a plate, and then they cana��t even bother to say something as simple as thank you. These same a�?mena�? believe they have the right to tell their sisters what to wear and who to talk to, that they have the right to a�?defenda�? her honor and the name of the family if anybody showed any signs of disrespect towards her. And, if any woman wants to speak her mind, she is told to shut up and mind her own business. Isna��t it her business the people she socializes with? Isna��t it her business how she likes to dress? Isna��t it her business the kind of job she would like to hold? Isna��t it her business to say what she wants to say, regardless of how taken she is with the subject? It just seems that when a woman is excited about something her opinion is automatically flawed, when a woman is passionate about her own rights she is trying to take away the mana��s rights, when a woman is not afraid to stand up she is disrespecting whoever is comfortably settled at the top.

We can look at this quote and see that women have always been emotional creatures. That is not a bad thing. Emotional does not equal stupid. Emotional does not equal irrational. Emotional does not equal crazy. Emotional is the state of being taken by emotions; in other words being emotional implies the blood circulating their veins is boiling. Women have an unspoken dedication for the world around us that men can never understand. Being emotional is not a weakness. Having boiled blood running through their veins is actually a good thing. That is the only way things get done. The revolution does not move forward if women are not enraged. So be enraged, be angry and be emotional. Wake your sisters up, push the ones that could use a little push, and be united. The revolution cannot wait any longer.