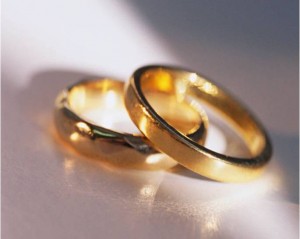 This article presents an introductory overview to the marriage legal system as it pertains to Women’s rights in the Middle East, especially in countries such as Iraq, Jordan, Lebanon, Palestine and Syria, where family law is based on interpretations of religious laws and a patriarchal system. Beyond being different, religious legal regimes concerning personal status and marriage in particular, are never egalitarian. This inequality, which is not only legal but also political and social, is also the case for women. In light of this inequality, discrimination against women is at the heart of our article. Tensions between Religious Laws – and especially Islamic Law – and Human Rights focus on marriage, inheritance and nationality.

In the Qur’an, marriage is a flexible arrangement, made through mutual consent, and according to which women are expected to be obedient, but in return, they can expect men to provide for them an honorable life style. Marriage is negotiated on the basis of a contract, and it includes the payment of a dower (Mahr). Marriage is glorified as an institution, contrary to celibacy which is perceived as undesirable. It is not perceived as an irrevocable event. Divorce is easy for men and possible for women who included the right to divorce in the marriage contract. Many scholars have held that Islam does not hinder married women, or force them to stay at home; still the obligation to obey their husbands remains for married women as well as the fact that a husband is authorized to beat or reprimand a disobedient wife (Sura 4,34).

Islamic sources do not allow the marriage of a Muslim woman to a Jewish or Christian man because she could find herself in a situation in which the head of household would not recognize her faith and Mohammed’s message as an authentic message of God. That is why what is possible in one direction is impossible in the other. We can only note that here marriage is part of a patriarchal social structure. This implies the application of a system of patrilineal filiation in which the individual inherits the cultural identity of his father and cannot transmit it to his children unless he is a man. In such a system, belonging and rights are transmitted only by men. Patrilocal culture also manifests itself; the married couple often lives with or near the husband’s family. This encourages the affirmation that in this world it is the man who is of importance, notably for that which concerns family heritage, inheritance, and assets.

In Lebanon, where personal status is sectarian, all individuals should be subject to the same personal status laws, which guarantee women the same rights and obligations in marriage, inheritance, divorce, alimony and custody afforded to men under the Lebanese Constitution and gender-sensitive international agreements. A unified civil code on personal status would put an end to existing inequalities between men and women, and among Lebanese women of different sectarian branches, and is the first step in upholding the constitutional aim of abolishing or reforming sectarianism.

SYLVIA TORBEY is a Lebanese lawyer who worked for many years in Divorce cases.