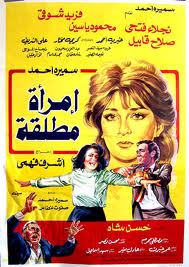 I am a Lebanese woman living in hell since I divorced. “Social hell” if I can label it this way… Lebanese society is of course diverse, still, its perception of divorced women is archaic and sexist. Women are usually blamed for a failed marriage: “she could have prevented it”, “she did not sacrifice enough”, “how could she do it when there are kids?”, “poor man, she must have a lover”, “she is a bitch”, “she can’t have children, this is why he left her”, “his mistress is far more exciting”, “he is man, he has needs”, “she can’t make him happy”…

As I see it, stereotypes about women’s roles and behavior totally obscure the driving forces that can split a marriage. I think it’s about time to deconstruct a binary universe where wives are tasked with creating intimacy in the home and men are emotionally deficient beings who require their guidance. What we hear less often is straight talk about the social and economic factors that drive the engine of divorce. When people are struggling to pay the rent and keep a roof over their heads, the marriage problem isn’t likely to be some kind of deficiency in managing intimacy. Given the fact that divorce is expensive and often leaves women financially insecure, the stressors would have to be pretty severe to lead women of few resources to divorce.

What about getting in for the wrong reasons – marrying for money, or marrying because it’s what you think you should do? What about lack of individuality – a codependent relationship is not healthy? And becoming lost in the roles – most parents soon neglect or completely forget that they are a couple?

What about not having shared vision of success (savers versus spenders)? Change in the Intimacy department? Unmet expectations? Being out of touch? Different priorities and interests? Inability to resolve conflicts? Families’ interferences? Inauthenticity (How many times do you catch yourself saying “yes” when you really mean “no?” Do you say, “I don’t know” for fear of being judged, dismissed or rejected? When we systematically accept things against our will, shut down to keep the peace and rationalize why that’s okay, we set ourselves up for resentment and anger down the line)? Incongruence (Most of our communication is non-verbal, and when it’s out of sync with our words, we are sending mixed messages. No wonder couples argue, get frustrated and eventually tune each other out!)? Win-lose attitude?

“I can’t help but think that I would much rather be seen for the reality of who I am, rather than the myth of endless women who have paraded their wares before me at a much lower price”.