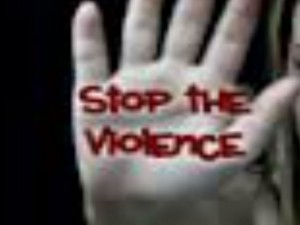 a�?According to a Thomson Reuteurs poll for best Arab state for women, Lebanon ranked 16 out 22. The surprise is that the low ranking was due to legislation which is not favorable towards women in Lebanon.a�?

A�If we recap the last few years, we realize how much we are stuck in our place. What happened is simple: the MPs gave our women some of their rights, with the use of discrimination and male hierarchy of course to accommodate this male societya��s ego, and by giving a little they hoped to silence them for a while. Did that work?

We had the a�?Bill for the Protection of Women and Family Members against Domestic Violencea�? drafted and amended as expected. It seems hard to imagine that people, women or men, can get their rights from the first attempt in this country. The rights of women, based on this bill, have been altered in a way to ensure that men still have the upper hand. Well, to be honest, who are the people in charge of passing laws? How many of them are women? Truth be told, nobody can make it into politics without being packed up, but the number of active women is on the low end. We only see women giving speeches when they are supporting their husbands, brothers, fathers, etc. More often, women are simply occupying the air around these political leaders, dressed nicely for the viewers, nodding when they are asked to and giving their vote when it is needed.

We had the campaign to urge violent men to seek help. Some men did, while the majority of the population, men and women, doesn’t see a problem with men a�?disciplininga�? their wives by the use of verbal or physical violence.

We had the campaign to remove the sponsorship system for the migrant workers. There were demonstrations, protests, sit-ins, organized and carried out by different NGOs. There was a proposal to reform the sponsorship system for migrant domestic workers to prevent the denial of migrant workersa�� basic rights and to prevent them from being targeted for exploitation and trafficking.

So, after years of proposals we still have not made noticeable progress. Why? Well, we still elect the same politicians who did nothing the first time around. They tempt us with money, thata��s all. They buy our vote for a couple of hundreds of dollars, they take their seat, and do nothing and the same cycle restarts every election term. And worst yet, we’ve provided these politicians with the nerve to extend their own ruling period without any consideration for the population!

Is it really a surprise that Lebanon ranked 16th when it comes to womena��s rights in the Arab world? To me, it isna��t. We treat our sisters as if they were inferior to us, we expect our daughters to do as we say and follow the rules just because we put it there, we want our wives to be untouched yet we want to be the Casanova of the Middle East. The problem is we believe we are better than the rest of the Arab countries, with all our materialistic possessions and our shallow opinions. For some reason it is rooted in our brains that we are above the rest of the Arab world, that we are westernized. We speak French, we speak English, and yet we can barely form a sentence in Arabic. So no, we are not better than every other Arab country. If anything, we are worst, because as long as we dona��t see that we have gone wrong somewhere along the road we dona��t have the means to reform and actually better ourselves.