‘Go Home’ by Lebanese director Jihane Chouaib is a powerful statement about the difficulty that many members of the Lebanese diaspora face when they go back to their homeland, with a particular focus on war memory, post-traumatic syndrome disorders and identity crisis. I watched the movie two days ago at the Dubai Film Festival and I had the opportunity of attending the Q&A session that followed the screening. 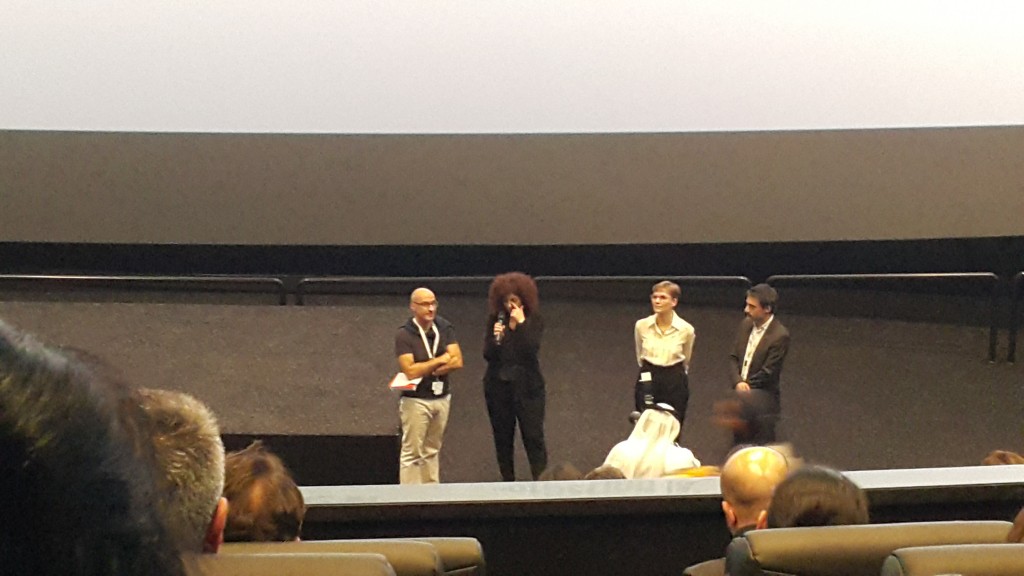 ‘Go home’ could refer to the Lebanese expression ‘Rja3e 3a baytik’, even if Jihane Chouaib did not choose an Arabic version for the title. This expression first came to my mind when I saw it on the walls of the main character’s house, Nada. It reminded me of the Semitic letter ‘Bet’ or ‘Beth’, the second letter of  Phoenician, Hebrew, Syriac, Aramaic and Arabic alphabets. This letter’s name means ‘house’. I couldn’t not think of those who are in exile in their homeland, in their own houses, in their rooms – inspired by Mahmoud Darwish’s quote. I couldn’t not think of the millions of immigrants and refugees in and from Lebanon (and the surrounding countries) who had to leave their houses, often with nothing more than a key or a photograph in their pockets – just like Nada.
As I see it, the family house is part of our self-definition, an extension of ourselves. For better or worse, the place where we grew up usually retains an iconic status. Just like Nada, we are engaged in a continuing set of relations with this place – relations that have determinate, mutual affects upon each other because they are part of an interactive system. The attachment to our family house is not only sentimental or nostalgic.  Our house is part of our  identity, our history – individual and collective – with both its glories and dark secrets, and certainly, with our childhood memories.
In this French-Swiss-Belgian-Lebanese Production movie, Nada’s joyful and painful memories intertwine, and in her attempt at discovering her grandfather’s fate, she uncovers the missing aspect of her past and connects with the scars that still linger when people are caught in the vicious cycle of war. More than a geographical concept, her family house constitutes the starting point for her quest, the hub of a family intrigue, the needed memory channel, the ultimate lieu of catharsis, gratification coupled with frustration and adventure with satiation.