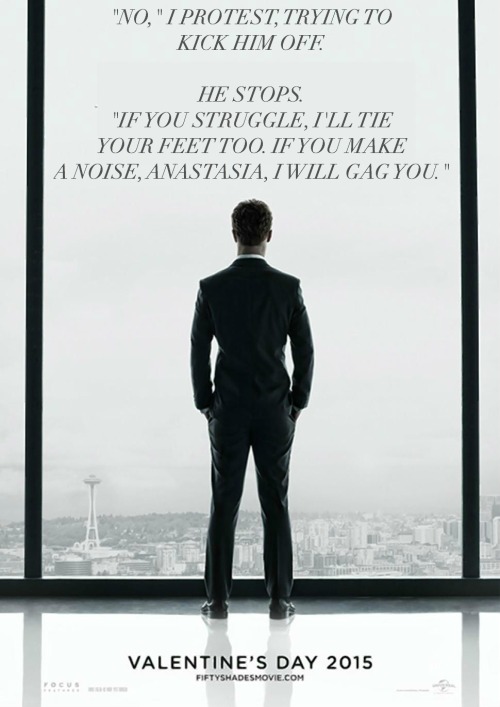 On-screen, Angelina Jolie-as-Maleficent screams in surround-sound, her anguish visible in HD. A little girl sits cross-legged before the screen, her glassy eyes wide and reflecting the scene playing out on the television. Only six years old, she turns around and asks this reporter why Maleficent the fairy is screaming, and why the “bad man took away her wings.” The questions are simple, but how does one explain to a child that rape has become so pervasive in every culture that Disney, the creator of dreams, felt strongly compelled to include it in its blockbuster Maleficent, albeit as subtext?

In an interview with Huffington Post in early 2014, Jolie confirmed that the scene in Maleficent when her character’s wings are ripped off by her lover serves as an analogy for rape.

“We were very conscious, the writer and I, that [the scene in question] was a metaphor for rape,” Jolie said to the Huffington Post. “The core of [Maleficent] is abuse, and how the abused have a choice of abusing others or overcoming and remaining loving, open people.”

Disney’s awareness of rape culture puts in sharp contrast the outrage that sparked across the UAE following the National Media Council’s decision this month to not allow the release of Fifty Shades of Grey in UAE cinemas.

“The [NMC] ruled that 35 minutes of footage would have to be cut from the film Fifty Shades of Grey – more than a quarter of the 125-minute running time – for it to get a UAE cinema release,” reported The National. “The UAE is not the only country where audiences won’t get to see the film – it also failed to secure a release in Kenya, Malaysia and Indonesia, while Chinese distributor Universal Pictures has reportedly decided not to submit it.”

The NMC’s decision caused mixed reactions amongst UAE citizens, with quite a few upset by the censorship, and intent on watching the movie through other means. Others lauded the NMC’s decision as a correct step towards regulating domestic violence and sexual abuse, as Fifty Shades of Grey has been widely accused of perpetuating rape culture.

Despite being touted as erotica, there is no denying that a large percentage of people worldwide have argued that the relationship between Christian Grey and Anastasia Steele is in fact abusive, as demonstrated by the tumblr.com campaign spearheaded by Ms. Haley Khoshaba, a U.S. citizen who goes by the6thsiren on the micro-blogging site. The campaign consists of the promotional posters of the Fifty Shades of Grey movie altered to reflect the abuse Anastasia suffers at the hands of Christian throughout the movie. The original posters show Jamie Dornan, the actor who plays Christian, standing with his back to the onlooker as he stares out the ceiling-to-floor window of his high-rise office, the phrase ‘Mr. Grey will see you now’ fixed above his head. Ms. Khoshaba’s posters are the same, except for one glaring difference. In her posters, she has replaced the phrase that became the motto of all Christian Grey fans with quotes from the book that depict instances when Christian abuses Anastasia. One such example is: “I want to shout at him, but I refrain – I don’t want to push him too far. Heaven knows what he’d do.” Another example of the blatant manipulation: “‘No,’ I protest, trying to kick him off. He stops. [Christian says] ‘If you struggle, I’ll tie your feet too. If you make a noise, I will gag you.’“ Many have been quick to point out that this particular quote reads much like a kidnapping scene.

In an interview with Ms. Khoshaba via email, she divulged why she felt keen to create the posters: “A while back I casually skimmed through the first book at Barnes and Noble to see what the big deal was about, and right away I noticed that Christian’s actions were abusive. Within the first few chapters he’s already being controlling, demanding, and stalking Ana. Then all the news started circulating that Fifty Shades was being made into a movie, so I figured I should actually read them and maybe discuss the problems with his actions in school. The school thing never happened, so I decided to make a few posters with some lines from the books that would grab people’s attention. This movie adaptation is being called a ‘fairy tale,’ in the commercials and I think a lot of people who never read it were shocked to see what the book is actually like. I never thought it would get as popular as it did, but I think it got a lot of people talking.”

“I think my biggest problem with Fifty Shades of Grey is how much it’s called romantic,” Ms. Khoshaba added. “I see shirts for sale that say ‘Waiting for my Christian Grey,’ I see the commercials calling it a ‘fairy tale,’ I see hotels offering themed romantic suites based off of the series and I think ‘did they even read this?’”

The obsession with Fifty Shades of Grey goes beyond t-shirts and themed romantic suits, unsurprisingly. Now, women in Los Angeles and New York can pay over $12,000 for the Fifty Shades Experience. “Live a weekend with Christian,” claims the webpage at FiftyShadesExperience.com. As reported on EliteDaily.com, “As part of the experience, the woman will get a man, her own Christian Grey, to take her on a helicopter ride and out to a fancy dinner. The man playing Christian will be a professional dominant and he will perform some BDSM acts on the lucky lady. There is even a dominant/submissive contract the woman in this situation must sign and obey for the duration of the weekend when the experience is taking place.”

BuzzFeed has reported that so far fifty-two women have lived this “experience,” with the service being booked all the way through April.

On the popularity of her posters, Ms. Khoshaba said, “I really never expected them to get so popular, I don’t have a lot of followers and my posts don’t usually generate a lot of attention. I don’t know how it happened, I posted it [then] went to sleep and woke up with nearly 100,000 notes. It was cool because it got a lot of people talking and questioning the series. I did receive quite a bit of hate though,” she said.

One such person who does not believe that Christian and Anastasia’s relationship is abusive is Noura, a Business-major freshman studying at the American University of Sharjah. “Christian loves Anastasia, that much is clear,” she said, over the phone. “He is jealous, true, but then again so are many people. It is difficult to find someone who is not inclined to be jealous when his or her partner is flirting with another person. Christian even takes Anastasia on a helicopter ride – it is really romantic,” she sighed.

According to research conducted by The Representation Project, 1 in 4 women are abused by a partner in their lifetime, while 1 in 6 women are survivors of rape or attempted rape. These numbers are in accordance with findings that “exposures to sexually explicit [media] is linked to men’s acceptance of rape myths and sexual harassment,” as found on The Representation Project’s website. The Representation Project was founded in 2011 by Jennifer Siebel Newsom in hopes of raising awareness and educating the public about rape culture, gender roles, and many topics related to society and stereotypes.

As such, glamorisation of rape and the prevalence of rape culture have become the norm, Ms. Khoshaba stated. When asked what measures she believed should be taken in order to combat these issues, she said, “Talking about it, for one thing. If nobody criticized the relationship in Fifty Shades, then we wouldn’t be talking about it now, [and] campaigns like 50 Dollars, Not 50 Shades wouldn’t exist. If people just accept it and never question anything then nothing will ever change.”

50 Dollars, Not 50 Shades is a U.S.-based campaign started by Tanisha Martin in partnership with the Colorado-Springs Chinese Shao-Lin Center and TESSA, a local advocate and shelter to help end domestic and sexual volence in the Colorado-Springs community. The premise of this campaign is to help such victims by boycotting Fifty Shades of Grey – and donating to the campaign. “Take your $50 for movie tickets, soda, popcorn, and a babysitter for your night out and help a victim of domestic violence and sexual assault instead,” says their website TanishaMartin.com.

In the UAE, similar campaigns exist, prominently spearheaded by the Dubai Foundation for Women and Children. DFWAC, established in July of 2007, “is the first licensed non-profit shelter in the UAE for women and children victims of domestic violence, child abuse, and human trafficking,” as is stated on their website DFWAC.ae.

Ms. Amina Bin Hammad, a counselor at the Dubai Foundation for Women and Children, said, “sexual abuse and violence are topics that few people like to hear and talk about, but it happens and does matter, and we have to stress this particular issue so as to bring awareness to the people.”

Tagline for the image: Image courtesy of Haley Khoshaba/the6thsiren.tumblr.com: Ms. Khoshaba’s poster campaign against Fifty Shades of Grey includes quotes from the book that depict abuse and/or manipulation.