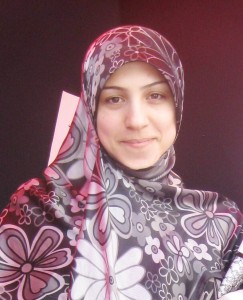 Avoiding the traffic and the stressful driving in Beirut, I always attempt to take a cab to work, college, and anywhere I’m going.

In my architectural engineering studies, Public Transportation was one of the advanced courses I had to research, arriving to the result that the Lebanese public transportation system needs a total makeover, and the number of cars in this country equals the one in Spain.

As a Muslim woman who wears the veil, wide clothes and respects herself, I was always surprised by how men can be acting in such a dirty way just because they can.

Now socially, in the cab/van/bus, sometimes you get the old talkative driver, who’s telling you about his youthful life. Other times you get the quiet frowning man who probably had a long hot day.

And sometimes, you get the perverted loner who flirts, stares, and actually harasses you.

The conversation started that day, as many others, with the following:

“Mlle, are you engaged?”

Since I learned to never say I’m single, I always review the scenarios of when drivers tried to propose, and sometimes locking the door so we can still talk, or not allowing me to go down to keep on the conversation.

What I usually do is smile – so that they wouldn’t get mad or try to stop me and going into a worse scenario- tell them I’m going out and walk away, sometimes trying to make a scene that I want to get out but the door won’t open so that people would notice. The driver is forced to let me go.

Once, a driver asked me whether I was engaged or no, and I told him “yes”. He looked back at me in the mirror and said “but you’re not wearing a ring. Why are you lying to me?”

And it led to a different conversation and that  ‘No I don’t want to be engaged with you because I just want to go home and I’m tired. So let me go.’

What I said was exactly: “la2enno mish kefyitlo 3ayno, w la2enno—“
He didn’t let me finish, didn’t let me explain that I blame men for wanting women instinctively, he just said:
“eh la2enno el shabeb bi7ebbo el jens. W iza el mara ma badda tkaffiyon bisiro yettala3o 3a ghayra”
At that moment I wanted to leave the car. But it took me 20 min already to get a cab since the streets now are empty due to the bad situation in the country, and I was late to work.

I thought I’ll ignore it, and leave in a few minutes when I’m close enough to walk.

He kept talking about how men want sex. How he was married for 7 months and got divorced. And asked me: “once you get engaged, don’t you want to show your body to your man? Don’t you want to have him all seduced?”

I answered: “This is getting private. I don’t want to discuss this please”

Yet he kept talking. And asking me. And I wasn’t answering. Or avoiding the subject with something else.

I ended up leaving the car a bit before I reach the place and I just walked with one idea in my head: are these the conversations men think about these days?