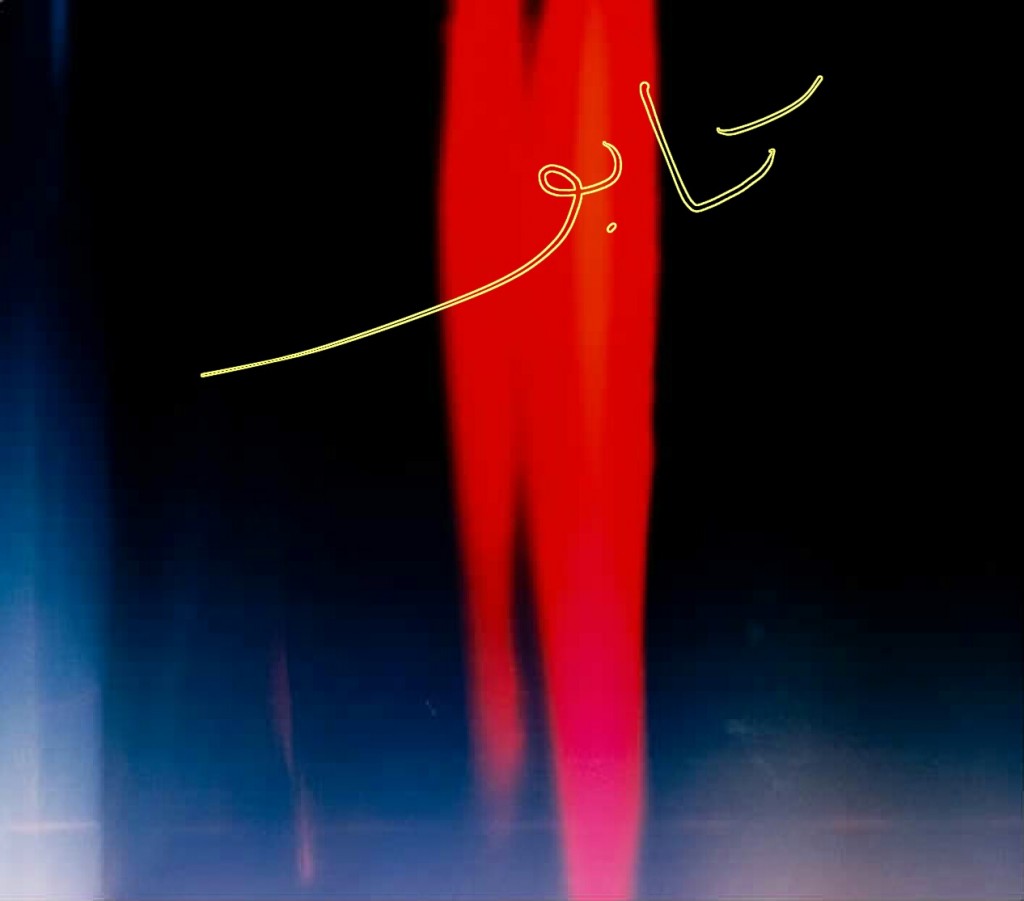 I live in a predominantly European neighborhood in a ‘cosmopolitan city in the Arab world’. It’s beautiful, modern, and quiet, with big villas surrounded by lots of greenery. It’s picture perfect, and every time I leave my compound and drive away, I feel like I am leaving a story book. As I drive, I see a mother and her children cycling their way to school, or a group of runners on their morning job, or more than couple of dogs with their owners on their morning walk. It’s almost like a little game I play on my own, the classic “I spy with my little eye.” And this morning was no different. I spy with my little eye, a little boy playing with his big fluffy white dog at 8 am in the morning. How cute, right?

Wrong. See, this was different. The boy was sporting a bright red t-shirt to match his red sunburnt face, and sandals to protect his little feet. But where were his pants? This boy was bottomless. No tidy whities or Spiderman boxers. He must have been about 10 or 11 years old, but so why I was I so shocked? I swear I must have looked like a stalker, because I couldn’t believe my eyes. I am about to get married, yet the first time I see a male genital I gawk at it and giggle like a 9 year old girl. If you are reading this and laughing, I don’t blame you, because it is in fact very sad. I know it is. How could a 21 year old female be so shocked to see a small male organ in public?

Can someone please answer me that?

I went to the “x” school, in a very predominantly European area. Although this school has recently made it into headlines for having to be evacuated due to a “threatening call,” it is a really good school. Now, around the 8th or 9th grade I was sent home with an important letter to my parents.

I remember giving it to my mum and reading it together, but I honestly didn’t understand it at first. My mum later explained that the school wanted to know if I am allowed to attend sex education classes. And even though the 13 year old me rejected the idea over and over again, my mother signed the letter and forced me to go to sex education classes. I went to school the next day, and asked my Muslim friends if they are allowed to go to our sex ed. classes and most of them said no.

Ok, now here is the problem, why did their mothers say no? I was the only Arab girl in that whole grade at the time, there were some Muslims but they were not from Southwestern Asia, they were either Afghani or Pakistani. So maybe that was the reason; the mothers said no because their cultural and social upbringing didn’t accept their daughters to sit through a strictly professional class about sexual education. I say daughters, because if I remember correctly, the only male Muslim in our entire grade was allowed to attend sex. ed. classes.

I sat through exactly 3 sexual education classes. In one I learned how to put condoms on cucumbers, in another I learned about rape, and in the last about sexually transmitted diseases. The three classes spanned over three weeks, but it all came to an abrupt end. On the fourth week, I was told that all Muslim students would have to leave sex education classes and attend Islamic classes instead.

This is going to get a little bit confusing, but I will briefly explain how the schedule worked at this school. Students had 8 subjects every day for the five workdays of the week, and the timetable was never changed once it was set at the beginning of the year. The only one problem was that students did not have a slot for the Islamic lessons required by official authorities. Even though the majority of the students were non-Muslim, there were still around 8 students in my grade that were Muslim. So, I was suddenly denied of sex education classes, and was instead forced to go to Islamic classes. Who ordered that? No one knows. I asked, my mother asked, and neither of us ever got an answer. So sexual education ended with three classes for me. Any information I learned about sex or boys from my teenage years onward was from my very curious friends.

So if I took 3 Sex Ed. classes, why was I still so shocked about seeing that little boy? This story is very sad already, perhaps even pathetic or a little bit tragic. I still know girls around my age and even older, who wimp at the thought of a male organ or sex. And so why is that? Joumana Haddad, a Lebanese women’s right activist explained in an interview with The Guardian “We constantly and obsessively think about sex, but dare not talk about it. We rid ourselves of one so-called abomination with one hand, then practice intellectual debauchery, which is much worse, with the other.”

What I am arguing in this paper, is the fact that the words “women,” “sex,” and “Islam” grouped together as a concept shock people. I am not talking about married women specifically, rather I am referring to the general Muslim women population. In my opinion, I think this is so because of the lack of knowledge and proper education – the same reasons for the continuity of women circumcision and child marriage in many areas of the world.

To explore my thesis, I conducted a series of very small experiments with the people around me. Even though these experiments were in no way conducted scientifically or statistically accurately, I stand by my findings. My procedure was simple; I very casually asked 10 of my female Muslim friends with 2 questions, covering 2 areas that I believe Muslim Women have a problem with. Similarly, I asked 5 of my Muslim male friends, 1 question, that I believe can give a slight insight onto my topic. This paper will seek to discuss the different questions and then present my findings.

Many women, especially Muslim women, have been brought up with the idea that their genitals are “private,” which makes complete sense. But, I think the problem is that we begin to think they are private even to us. In biology class around the 8th grade, when the teacher explains about the female and male organs, the whole class starts giggling. At an age of 15, this is understandable. However, the cycle continues. The first time I reached out to understand how a vagina works – what it does and what it looks like – was at the age of 20. In my explorations, I came across the question: “If you don’t know how the female and male organs work and what they look like, how are you in turn supposed to understand sex or be even remotely comfortable speaking of it?”

So, the first question I asked the 10 Muslim women was:

“Do you know the parts of a vagina, what they look like, what they are called, and what they do?”

Only 1 woman was able to sketch out and label a model of the vagina perfectly; the other 9 were unable to answer my question. I also realized age does not guarantee knowledge. I asked women who were mostly in the same age group as me (20-25), but there were three women above the age of 30. The one person who gave me a correct description is 22 years old.

The second question I wanted to discuss the word “shame” and how it is related to sex and Islam. If a woman has sex outside of marriage in Islam, it’s shameful, both to the woman and to her family. Similarly, if a married woman is to describe, or ask someone about her sexual frustrations, or even talk about sex, it is still shameful.

The book “Sexy and the Citadel” by Shereen El Feki, provides insight about everything to do with sex in the Arab world. According to an interview with The Guardian, El Feki states that, “Sex is the lens through which I study society, because what happens in intimate life is shaped by forces on a bigger stage – politics and economics, religion and tradition, gender and generations – and vice versa.” From this I learned that in order to understand sex in the Arab world, we must freely talk about it. The answers to all our questions cannot be contained in only books. Women must be able to freely ask questions, and understand without feeling shameful or even hesitant since it is an extremely natural aura.

So the second question that I asked was “Have you ever had any questions about sex that were never addressed, and if so why did you leave them unaddressed?”

This one was kind of tricky, and I realized I should have made the question clearer. But the answers I received were still very unexpected for the age groups that I asked. The three women above the age of 30 all agreed that they had more than a million questions when they were in their 20s, but never looked them up because it was considered wrong to ask such questions to their peers at that time. Two of these women said that they addressed some of their questions and concerns only after they got married, but that they still have unanswered questions. The other woman is single, and she said she only started to read about these things at the age of 38. The rest of the women I asked around my age group, I divided into two groups. The first group consists of 6 women who don’t know much, and the other consists of 1 woman who knows everything there is to know. This latter woman is also the same person who answered the first question correctly.

They all asked me what kinds of questions I was referring to. I replied with an example: “Do you bleed after the first time you engage in intercourse?” to which d they all said “yes, of course you do.” (This is scientifically incorrect, and such a misbelief is also the cause of more than a thousand girls’ deaths every year in Egypt. When women engage in sexual intercourse with their partner for their first time and but do not bleed, they are seen as non-virgins and murdered by either their family or husband). When I explained this to them, they all replied that it is not their fault and that it was “embarrassing” to ask such things to anyone.

As for the men:

I asked my 5 male Muslim friends, “Do you think it is acceptable to engage in intercourse before marriage? If yes, why? Also, why is it acceptable for men and not for women?”

All five of my delusional male friends said intercourse before marriage is unacceptable but that everyone does it anyway. This is something I am willing to condone, as long as they know what they are doing is wrong. However, the answers to the follow up question were nothing less than plain shocking. All five men gave me some variation of all the things women are just too tired of hearing. “A key that can open many locks is called a master key, but a lock that can be opened by many keys is a shitty lock.” Or my personal favorite: “If you have 2 sweets and tear the wrapper off of one and throw both on the floor, which one are you going to want to eat more?”

Yes. These are my friends…

However, in many way I am happy I did this; it taught me a lot, and inspired me to learn more about myself. While this paper is not an indication of the opinions and experiences of the general public, I believe it still gives adequate insight on this topic.