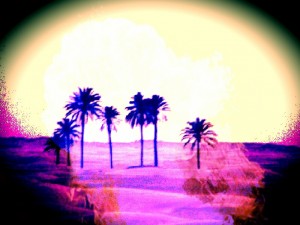 P.M. Justin Trudeau gives Canada a first cabinet with ethnically diverse ministers and an equal number of men and women, and in my home country, Lebanon, women can’t even confer their nationality to their husbands or children.

As a naturalized Canadian citizen, I am proud of the gender equality under the law in the land of maple, poutine and hockey, and as a native Lebanese, I am more than ashamed of the discriminatory laws that deny women their basic rights in the land of the alphabet, the cedars and the thousands of years of rich history.

I am ashamed of the mountains and rivers of trash, of the abysmal State, of the wasted opportunities for change, and more, of the non-recognition of women as full nationals and citizens.

“Because it’s 2015”, Trudeau said, when asked about why parity was important to him, but in Lebanon 2015, the denial of basic rights places women in a subordinate second class position, and leads to marginalization and social exclusion.

Citizenship “is both a status (or an identity) and a practice or process of relating to the social world through the exercise of rights/protections and the fulfillment of obligations” (Meer and Sever, 2004).  Citizenship should be inclusive, incorporating the interests and needs of all citizens, and an active concept, a relationship that promotes participation and agency, such as in Canada. But in Lebanon, the identity ascribed to women is in relation to men – passive, eternally immature and dependent – even if there are/were women who are/were able to re-shape their identities .

As long as most women are not able to make claims as citizens in their own rights nor to fully exercise political, economic, social and cultural rights, a Lebanese half-female cabinet is just a mirage in an expanding desert of ignorance.