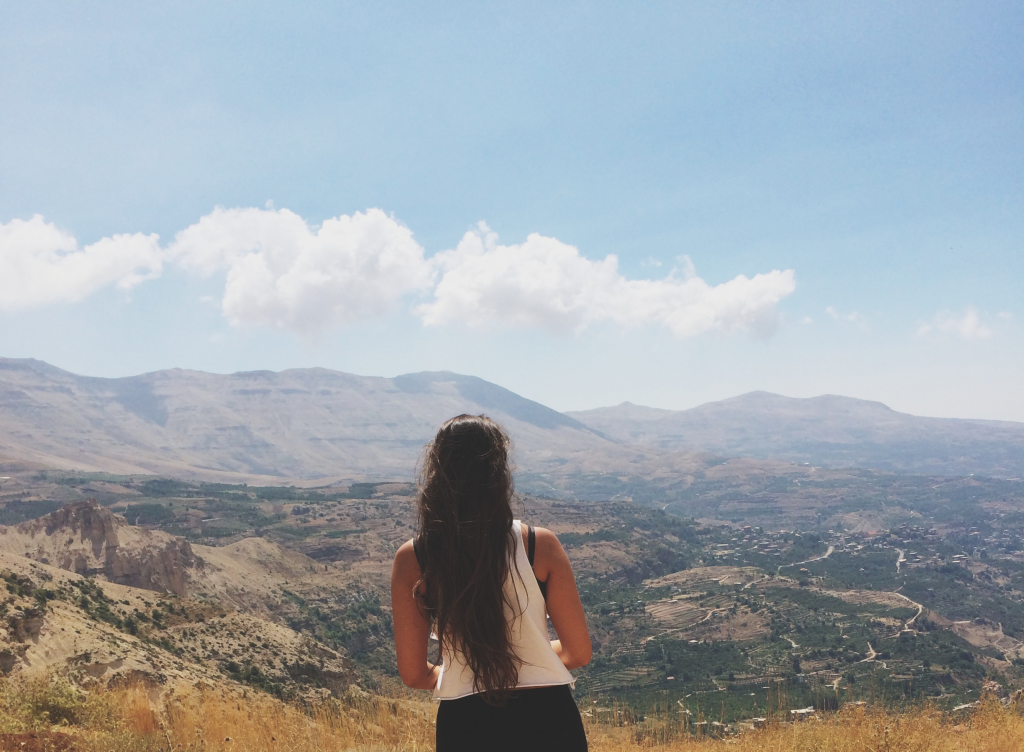 In an era where robots are sense-perceptive, mobile phones have 3D touch capabilities, and cars can drive with little human interference, it disappoints me to see how little opportunities to grow or be identified as an equal the MENA*[1] region has presented for women.

As an Arab woman, I myself have seen the struggles women go through from within the city all the way to the suburbs and villages. It goes beyond an argument with parents for a curfew as late as your brother, or having the same opportunity your brother had to obtain higher education outside of your country’s borders – this is only the beginning.

I have seen women struggle on a daily basis to get the recognition they deserve for being the fighters that they are. To ask the elder generation (as I myself have), “why can’t I study in the States?” to have “because you’re a girl” presented as valid argument should not surprise anyone.

I have countlessly demanded for a more valid argument, for a reason that makes complete sense in anyone’s mind, but have never received any further explanations. The reason for this lack of answers? There is no actual reason for you, as a woman, not to have the same opportunities a man has.

Yes, there have been improvements in the way women are treated and recognized, but this is at a pace too slow to be sustained. For many years, marriage was seen as the only way out of one’s parent’s jail cell built of hypocrisy and sexism. Sadly however, it is learned after it’s “too late” that even once married, it is highly likely to have the freedom and recognition a woman desires and deserves from her husband due to society’s “judgment.” It is infuriating to have a man be the sole reason you’re allowed to make certain decisions, and it is a sad truth that these girls who once grew up thinking they would change societal perspectives and raise their children differently, are the ones who end up at coffee mornings with their friends discussing how disappointing their neighbors’ daughter is for going against any societal norm.

I am not one whose parents have this ‘mindset’ that women are solely born to bear children and maintain a home, but seeing the arranged marriage taking place around me, seeing how women get paid less and are still trapped under the glass ceiling, how women are barely acclaimed for their creations, and mostly, how a woman will never have control over her own body will forever drive me towards the demand for an establishment of woman’s rights and equality within my region.

There are several areas within the MENA region which still do not believe in a woman’s right for education, or for leading a nation, or for making a life for her own without a man’s help. A woman will forever be expected to fulfill what her family and society’s has set for her, unless the correct mindset is understood and taught to the current generation to begin with.

There are several aspects of culture and of society that still don’t accept a woman changing her ways to meet the demand of the modern world. It is very rare to see a woman in a political position within this region, because it is believed that no one will take a woman figure as seriously as they would have if it were a man. For example, Lebanon has few women in the parliament and no women in the ministerial cabinet. Lebanese women have had it hard in adapting to the changing trends due to the several implications placed by the cultural differences that exist within the country.

For a place where people are unable to live peacefully side-by-side due to sectarian differences, the need to strongly implement equality is not prioritized.  For example, last summer a young boy the age of 12 crashed into the rental car my mother was driving while she was parked with his motorcycle. Speaking to the boy’s uncle to just inform him that he should be careful turned a full 360 degrees. He began to disrespect my mother, disregarding whatever she said believing she had no idea since it had to do with “men’s interests” – cars. However as soon as my male cousin arrived, the man shut his mouth completely accepting that it was his fault only because a man was there to identify this. This incident alone opened my eyes to how backwards the smaller areas actually are.

The pace at which the world is changing makes it near impossible to ignore, so the MENA region must make adaptations. However, it is difficult to change the mindset that some smaller areas and specific cultures have carried out throughout the years. But let it be noted, that the MENA region is not the only region suffering from inequality. Until this day, the more western regions like South America are still battling to give women the full independent rights that they deserve. There are several places which still make it illegal to abort under any circumstance, for example. Yes this is a controversial subject, however having a man decide for you doesn’t sound right. Instead, appropriate scientific (and religious depending on the region) reasoning should be used to make this decision. There are several cases of rape which result in an unwanted pregnancy which certain governments wont let go – meaning, the victim of rape is forced to carry on with this pregnancy and live with this scar for the rest of her life. One of these cases is with a 10-year old Paraguayan who was denied an abortion after being raped by her stepfather. At 11, she gave birth to a healthy baby girl, but this situation is not one an 11 year old or anyone for the matter should have to deal with; and thus has ignited several debates on Paraguayan abortion laws.

Countries of the Southwest Asian and North African region differ greatly in their treatment towards women, due to the influence of culture. The following briefly explains where women empowerment stands in some of these countries found in this region:

Countries such as Tunis for example have been recognized for empowering its women and placing them in high political and decision-making positions. However, the pace at which these changes are being made in countries along the rest of the region is unacceptable. Political turmoil in certain areas have made it difficult for women’s rights to be accounted for, since people are unable to even live next to one another without conflicting about the slightest differences in their cultural beliefs and norms. Within these areas of conflict, women are rarely put into political positions because negotiating with the opposing is not taken seriously. 90% of civilian victims are usually women and children, a statistic that is not only shocking for existing but for being continuous and not decreasing in recent years. Unfortunately, these tragedy-infected countries can only satisfy women’s rights once their own differences are put aside – another issue which must be addressed heavily.

The strength of a woman’s emotional, physical, and mental capacity is highly underrated and appreciated. Many believe that because in general a woman’s’ anatomy is weaker than that of a man’s in terms of physical strength, they are unable to take the jobs and carry out the roles that males usually do. This is highly believed in several areas within the Southwest Asian and North African region. Though there have been gradual improvements in certain aspects of women’s rights such as access to justice for women, power distribution, and female empowerment, countries within the MENA region still struggles to establish complete gender inequality. Cases of domestic violence, unequal pay, honour killing and disownment still occur, but to different degrees depending on the area, especially in comparison to the west. This further argues that the pace at which these countries are developing in giving their women rights is too slow and limited.

Women’s rights should be prioritized and addressed; because only after allowing women to lead will you see a nation flourish. Let the UAE be a prime example. Remember, women figures are usually who raise our future generations – without the leadership of our women, our cultures will be forgotten, our countries will diminish, and our history will be erased with no present to prove our existence.