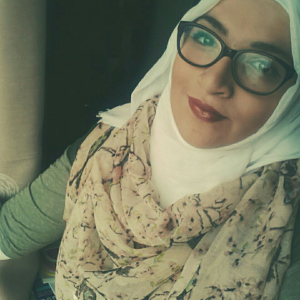 There are multiple causes that limit women’s roles in Southwestern Asia i.e. the Middle East. The first one has to do with the historical legacy as society equated physical strength to general ability, thus relegated women to a lower status than men. This has resulted in the objectification of women in many parts of Southwestern Asia. However, one has to keep in mind the diversity of women’s situations in the past, as Professor of History at Georgetown University Judith E. Tucker states: “women have never been a monolithic group even within the same society: class, race, and/or ethnicity could have consequences as significant for women’s opportunity and status as did (does) gender” (pg. 16).

A second cause in my opinion has to do with the patriarchal system, and that explains somehow the rise of feminist movements in Southwestern Asia. The patriarchal system is constructed on the basis of a belief in inequality between male and female and the application of such a belief to a lifestyle – and legal system. Patriarchy tends to prevent individuals in society from being civil and independent. Many scholars such as Guity Nashat and Baron Beth define the origins of the patriarchal system: the family. Baron Beth asks the following questions:

“How did the Arab family structure gender relations? How does the study of this basic social institution help us to understand changes in gender definition and the relation between gender and power over time?” (pg. 234).

Without the structure of a conservative family, patriarchies would never exist in Southwestern Asia. Patriarchy limits women from being active agents in society. “Empowering women” will only be realized in Southwestern Asia when all women are given equal rights and expectations as of men, not through “female-only” scholarships or fancy government titles.

A third cause according to some scholars is the lack of education in matters of women’s rights and gender diversity. The success of feminist movements in Southwestern Asia will therefore depend on the level of education. Otherwise, the changes that result from these social movements will only be temporary. However, in my opinion, the failure of feminist movements is not because of a lack of education but rather because of a general fear of change. One example of society fearing change can be found in Egypt, where the artworks of social activists and conceptual photographers on women’s freedom, such as Hagar El-Saied and Abu-Elmaaty were highly criticized by conservative Egyptians.

This fear of change negatively impacts women’s roles and situations. Women for instance in many countries cannot choose their partners. Sarmadah by Syrian novelist Fadi Azzam reminds us of such a limitation. Many women are also the victims of honor killings, as expressed in Al Duflah Tree’s novel, and female circumcision – refer to a BBC report claiming that female circumcision is practiced on more than 130 million women in North Africa. In 2008, UNICEF recorded Egypt as having the second highest rates in female circumcision with 91% of its women affected by it. Activists claim that female circumcision is a form of sexual abuse and should be considered as a crime by law. Furthermore, feminist scholars in Southwestern Asia such as Joumana Haddad and Nawal Saadawi, take a stand against such a form of sexual abuse. Nawal Saadawi for instance wrote in her book Diaries of a Female Doctor about dealing with female circumcision as a village doctor.

A fourth cause is the lack of independence. According to Valentine Moghadam – citing the example of Kurdistan – “independence developed women’s rights movement determined to see an end of honor crimes, FGM, and polygamy.” (pg. 162). The call for gender justice thus goes hand in hand with independence at different levels – national and individual. Furthermore, it should be accompanied with the implementation of democracy and new laws as Wanda Krause states following her study of Egypt during its political upheaval in 2011. Definitely, economic and political empowerment will not bring about lasting gains for women in the economic and political spheres – nor in the private sphere – without changes in the political and legal systems. As I see it, a combination of education/awareness and systemic changes, as well as targeting the roots of society’s fear of change is needed to help women gain more rights and have their diverse roles in society recognized in the long run.