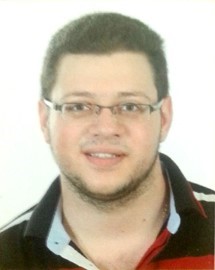 Although women enjoyed sometimes important roles in ancient cultures such as the Mesopotamian, Egyptian and Greek, most women in the past and the present of Southwestern Asia and North Africa live in oppressive environments. Women are usually considered as tools of pleasure – tools to be thrown away when they ‘expire’. They have their roles restricted to give birth, take care of their families and accomplish their marital duties, due to the patriarchal system and the ignorance of so many individuals. In Lebanon for instance, children born to a Lebanese woman and a man from another country are not granted the Lebanese Nationality. In Saudi Arabia, women are banned from entering Starbucks – ‘unlawful mixing between the sexes’, they need to be accompanied by a male guardian known as a ‘mahram’ whenever they leave the house, and they still are not allowed to drive a car. Saudi Arabia ranked poorly on women’s involvement in politics, workplace discrimination, freedom of movement and property rights” (BBC). In Iraq, women’s position and security in society has deteriorated since 2003. In Palestine, divorced women are still dehumanized and ridiculed. In Libya, only 10% of the seats were allocated to women in the national elections and all political parties are led by men, making women’s chances of getting nominated in any party’s list slim.

However, one cannot deny the struggles and accomplishments of numerous women. In Bahrain for instance, women are well represented in major professions, women’s societies and women’s organizations. One-quarter of the women are able to hold jobs outside the confines of the household. In the modern State of Israel, the number of Israeli women occupying positions in politics has increased in the last 20 years and women hold positions such as city mayors, council members, Supreme Court and District Court justices, as well as members of the Knesset and Ministers. In Kuwait, women can work, drive and travel without their fathers’ or husbands’ consent and they hold senior government positions. In Oman, women pursue careers and professional training. In Algeria, women represent one-third of the parliament.

I mentioned above two main causes for women’s oppression: 1) ignorance – ignorance of society in general including women themselves who ignore their basic human’s rights. 2) the patriarchal system and ignorance. The patriarchal system’s basis is the domination of families and society by men. According to Burns (2008), the patriarchal system is linked to sexism, and sexism contributes to violence against women including battering (p.75). Battering is sometimes understood as a problem within the individual such as the inability to recognize and express feelings. A man batters because he is unable to assertively express his needs and desires (p.110). That could explain somehow the numerous realities of violence against women in Egypt for instance – a UN report in April 2016 states that 99.3% of women and girls have been subjected to sexual harassment. “The social acceptability of everyday sexual harassment affects every woman in Egypt regardless of age, professional or socio-economic background, marriage status, dress or behavior,” said Noora Flinkman of Egyptian campaign group HarassMap. Also, the survey states Iraq is now more dangerous for women than under Saddam Hussein, with women disproportionately affected by the violence of the past decade. Furthermore, “in Palestine for example, women are subjected to sexist crimes from Palestinian men and to racist crimes from Israelis”. Hannah Rought-Brooks, Salwa Duaibis, and Soraida Hussein wrote in their article “Palestinian Women: Caught in the Cross Fire Between Occupation and Patriarchy” that Palestinian women are subjected to sexual violence and rape from their own men as well as from the Israeli soldiers, and without any consequences”. The World’s Women 2015 Statistics (UN) show that the Middle East has high rates of violence against women. A sad reality that urgently needs tackling at national and international levels, as laws often do not suffice.

What about the role of religions?

As far as I know, all religions are against violence, rape, murder… All preach love and self-sacrifice for others. God almighty didn’t even distinguish between man and woman. He created them both like him (على صورته و مثاله). They both need each other to complete their lives.

Christianity: “In Jesus’ ministry, he teaches: “The thief comes only to steal and kill and destroy.   I came that they may have life, and have it abundantly” (John 10:10, NRSV).   Victimization is never God’s will but rather fullness of life.   Jesus understood his ministry “to proclaim release to the captives . . .” (Luke 4:18 quoting Isaiah 61, NRSV).   He told the story of the Good Samaritan to emphasize our responsibility to stop and care for the victim.   These are fundamental teachings through which other passages must be interpreted in Christianity” (Vawnet)

Islam: “According to Muslim scholar and activist Sharifa Alkhateeb (1999): The most abused verse is ayah 34 of Surah four:   “Men are the protectors and maintainers of women because Allah gave more to the one than the other, and because they support them from their means.   So devout women are extremely careful and attentive in guarding what cannot be seen in that which Allah is extremely careful and attentive in guarding” (Vawnet)

Here are some verses that prohibit violence:

How to end the violence against women?

1-      Promote women’s rights, including gender equality – meaning women have the right to vote, work, to be educated, to be independent and reach higher positions in society, to drive, to have fun, to have equal employment opportunities and equal salaries. Women have the right to be treated with respect and dignity, to decide at what age they want to be married and not to be forced by society and traditions.

2-      Work on prevention:  “Prevention should start early in life, by educating and working with young boys and girls promoting respectful relationships and gender equality. Working with youth is a “best bet” for faster, sustained progress on preventing and eradicating gender-based violence. While public policies and interventions often overlook this stage of life, it is a critical time when values and norms around gender equality are forged “(UNwomen).

3-      Promote official education of girls and women: “Promote gender equality in schools and widen access to education for girls. It has been proven time and time again that girls enrolled in school are less likely to be married early and become pregnant. If that weren’t reason enough, girls that obtain higher levels of education are more likely to find employment and become empowered as a result of their financial contributions to the family and community.

4-      End forced early marriage and premature pregnancy, the leading cause of death of girls between 15 to 19 years of age.

5-      Bring greater attention to violence that is perpetrated by a partner or spouse.

6-      Revise marriage laws that are institutionally biased against women, particularly those that deny women custody over their children, inheritance, and land rights in cases of death, separation or divorce” (one.org)

Women are our responsibility as men because men and women complete each other as Saint Paul said ‘they become one soul and one body’, and thus keep life moving on. Men should respect women. Women are not tools nor dolls to play with. It’s about time we end violence against women!