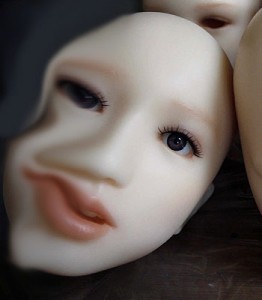 I began this journey with physical embellishment in my early 20s with Rhinoplasty or the nose job. In my 30s: breast augmentation, liposuction and eyelid lifts. In my 40s, a vaginal wall repair surgery after delivering two babies. My husband wasn’t happy with a wider vagina. Is he happy today? Not at all… What have I done to myself? I honestly am lost, and I feel objectified as a woman.

I live in Lebanon, called recently the ‘Mekka’ of Plastic Surgery. My country has the highest number of plastic surgeons per head. It seems that the background to this lies with the Civil War and the need at that time for plastic surgeons capable of dealing with physical disfigurements. However, it has more to do nowadays with unrealistic standards of beauty. Plastic surgeons deny the gravity of the situation. According to most of them, plastic surgery is to correct deformity in the face and body; it’s like wearing makeup or clothing. Still, extremes are becoming the ‘norms’ here… In the US, which has the highest overall number of cosmetic procedures in the world, every patient seeking treatment must first undergo a psychiatric screening, which is unfeasible in Lebanon and the Middle East. People run away from psychiatrists, relating them only to treating ‘crazy’ individuals.

I struggled for a long time to look like skinny Western super models, going back for multiple surgeries over the years. I was diagnosed lately with Body Dysmorphic Disorder, and lack of self-esteem. Three diagnostic criteria are listed for Body Dysmorphic Disorder (BDD) in the Diagnostic and Statistical Manual of Mental Disorders, Fourth Edition, Text Revision: (1) a preoccupation with an imagined or slight defect in appearance (if a slight physical defect is present, the person’s degree of concern is extreme); (2) marked distress or impairment in social, occupational, or other areas of functioning resulting from the appearance preoccupation; and (3) the preoccupation is not attributable to the presence of another psychiatric disorder (e.g., anorexia nervosa).

In other words, people with this disorder become preoccupied with a real or perceived minor physical defect and go to extensive lengths to hide or change it. They often seek out plastic surgery and are typically unhappy with the results. Worrying about their perceived defect significantly interferes with daily functioning. Believe me, this is the case of so many women in Lebanon, with deconstructed identities, dependent of others’ perceptions, especially men’s.

“BDD is often misunderstood as a vanity-driven obsession, whereas it is quite the opposite; people with BDD do not believe themselves to be better looking than others, but instead feel that their perceived “defect” is irrevocably ugly or not good enough. People with BDD may compulsively look at themselves in the mirror or, conversely, cover up and avoid mirrors. They typically think about their appearance for at least one hour a day and usually more”.

I am still working on myself, learning to be confident, developing and exploring new spaces in my identity, how am I being ‘human’ with my qualities and defaults  woman, mother, spouse, citizen… Beauty for me used to be a standard to apply, but today, it’s more subjective, relative, and it’s not only anymore a physical feature.