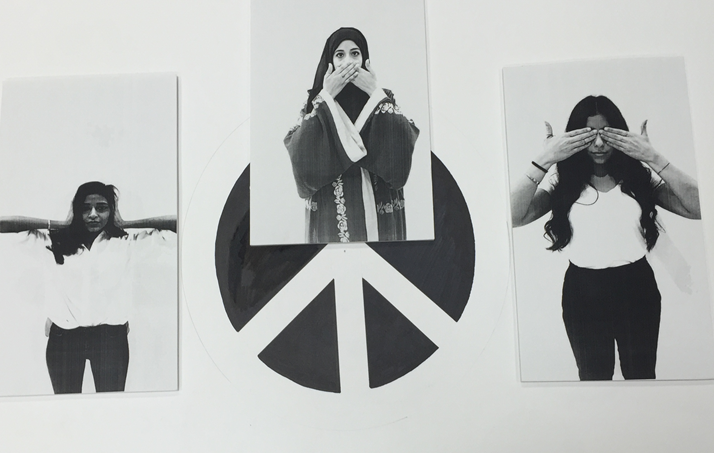 As a female, growing up in Saudi has had a huge impact on my lifestyle, perceptions and way of thinking. Although I am not originally from Saudi, living there my whole life has affected me enormously in different aspects of my life such as the way I speak and dress up. Moreover, as the Middle Eastern countries are more or less conservative, people and especially women are raised based on traditions and culture rather than religion.

In Islam, women are given the right to speak up for what they feel and want. They are authorized to have a print in society and to influence others in a good way. However, because of the conservative guidelines most Arab countries follow, women have limited opportunities to express themselves or to be part of their communities.

Today, despite that, influential women are contributing to their societies by developing initiatives that would encourage other women to speak up for their rights. Moreover, the artist that influenced me to come up with this idea is Laila Al-Shawa; her art pieces speak up for who she is and what she believes in as a woman. She believes in women empowerment and the opportunity that needs to be given to each woman to express herself freely. Therefore, the reason I chose to go with the proverb “see no evil, hear no evil, speak no evil” as my main inspiration which incorporates women, peace and Islam is because women in my culture are obliged to act within a framework set by their societies.

I have always had a specific perspective on the way I see and think of things. But ever since I came to university, my perception of things changed significantly and I started to see things in a different way. Meeting new people made me a better and more understanding person. I now appreciate diversity and different backgrounds. Women shouldn’t be judged as per the stereotypes and double standards. At the end of the day, we are all human and what we stand for as individuals is what really counts. I chose to portray women in black and white because they are at the two ends of the spectrum which I believe is a reflection of reality. In our societies, women want to say and do certain things but do not because they simply cannot. The peace symbol originated as a logo based on an individual in despair. I incorporated it in a simple and straightforward manner because it echoes both frustration and a sense of optimism.