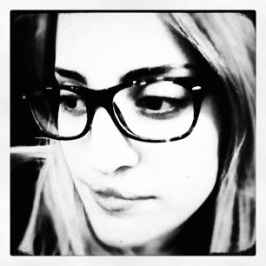 I have always been close-mouthed when someone asks me “What do you think about women’s rights in Lebanon?” Shouldn’t we have human rights before thinking about those of women’s? It is true that women’s rights are somehow worse than men’s, but they are not THAT worse.  Whether it is a girl, woman, boy, man or a child we all live under the same roof. LEBANON!! Welcome to the mother nation of chaos.

Whoever you are, from gender to skin color, human rights are for everybody, and there is no difference! Man or woman, Muslim or Christian, black or white and rich or poor, we are all equally entitled to our human rights without discrimination. Now really, who are we kidding? Maybe all will make sense if I write this 50 years from now, maybe then we will become more of humans and less of mentally-ill, sick people. That doesn’t mean I am not optimistic…I AM. It is just sometimes you keep trying and trying until you lose faith. In general, human rights allow you to marry the one you love, but in Lebanon, religious extremism leads to cut off their sexual organs. Human rights state that “No one shall be subjected to torture or to cruel, inhuman or degrading treatment or punishment” ( UNIVERSAL DECLARATION OF HUMAN RIGHTS 1948, art. 5) but, again and only in Lebanon, a simple misunderstanding ends up by a man to kill his wife. Looking at the previously mentioned examples, don’t blame me if I lost my faith or if I am not being too optimistic. I can go on and on with examples but that is not the point here.

The problem in Lebanon lays here; we do not take action against the committer. Sadly, we do not know the true meaning of sanction! It is a threatened penalty for disobeying a law or rule.

If you commit a crime against human rights, you spend less than 48 hours in jail before someone pays you off, or before a good politician makes his calls to free you. The best part is if the government decides for once to play it fair and play the role of a good judge, well we all know how things can get messy, in other words “There will be blood”. People who are related to the prisoner will burn tires, hold flags and build a camp in order to free him. The government of course chickens out under the pressure of X and Y and free the man. And the cycle goes on and on and on…

Without a fair government, a ‘humanly’ one I mean, decisions can’t be fair and sanctions won’t be taken seriously. Without sanctions people will never learn, and they will keep on violating human rights. Without human rights there are neither men’s nor women’s rights…

So where do you even want to start fixing?