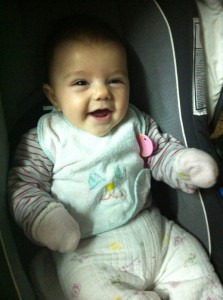 People always ask me about the way I see myself, how I can describe myself and what do I look forward to in the future. Well to sum it all up, I’m a Lebanese woman whose rights are taken away from her and a woman that is treated as an inferior human being compared to men. Yes I’m a woman who despite the stereotypes, got into man’s business field, and is competing with him. I’m a woman studying and working hard to achieve her goals in bio-medical engineering. My biggest fear, after all that work done to graduate, is not to get hired simply because I’m a woman. For in our country men have more privileges in that field due to those stereotypes that aren’t true. So in a little resume that’s who I am today.

They say Lebanon is a great country that preserves all human rights and is a democratic one; well personally I don’t see any of these descriptions looking from women’s point of view. I don’t know where to begin from criticizing all the flaws and holes in the Lebanese constitution concerning that matter. First, I don’t see why men and women shouldn’t be treated equally. Women are capable of doing the same things and sometimes women can do them better. They take care of the family, cook, clean, work outside and inside the house and they’re still treated inferior to men in Lebanon. Whereas we can find plenty of examples of heroic women throughout history such as: Marie Curie who won two Nobel prizes, Judit Polgar a grand master in chess, Margaret Thatcher a remarkable political operator, Lise Meitner who has discovered the element meitnerium that is named after her and the list goes on…

So I’m ashamed to say that till now Lebanese women don’t have a law that protects them from domestic violence. Husbands beat up their wives till death and get away with it, so children are raised in a hostile environment and they grow up having issues. I can’t find any excuse why there’s no such law which is so primary and important, since she’s a human being not an animal that needs to be tamed! Politicians should ignore the objections of some religious parties and actually take action. Parliament started the initiative and took that matter into consideration. They drafted a law but even that law is shamble because it protects the women and all members of the family from domestic violence, the text does not specifically protect women’s rights. But still better than void, hoping for a better law that is related directly to woman.

What about the law that actually says: if a man rapes a woman he won’t be prosecuted in case he marries her. The whole entourage of the woman pushes her to marry him so she won’t bring shame to the family. Is everyone blind in this country? Can’t they see that this law isn’t scaring anybody and the rate of this act is going up every year?  Even though these acts don’t appear in Medias, because every media takes a political part. Not to mention in these cases the trauma and the psychological illness that both the woman and kids will face later. Related to that matter is another issue, which is marital sexual abuse especially in Islam. Muslims don’t see this act as abuse and due to that many women are suffering and sometimes facing death. To preserve the marriage between religions and politics in Lebanon those women are paying the price.

To add on to this shameful disgrace of our country another question is to be asked: what about women not being able to give their children the Lebanese nationality? Well I don’t know are women not considered citizens of this country? Why should they suffer and be deprived of their rights for the benefit of some political parties? Why can’t the parliament for once do his job and solve this problem benefiting both our country and Lebanese women. They say this law has negative side effects; well it’s a basic human right. So this law should be drafted in a way that won’t harm the country and benefits Lebanese women. After all the reason they were elected is to resolve such conflicts.

Those are some of the most important human rights that women don’t have in Lebanon. Women are a very important part of the society, since they have their roles in every aspect of life. To sum it all up we should show them some respect and start by giving them their most obvious and basic rights. STOP gender racism.

Image caption: ” Let’s try keep this smile on their faces!”