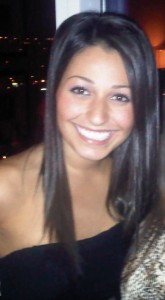 When I think of Lebanon and compare it to other countries also found in Western Asia, I consider it far less restrictive concerning the women’s right point of view. However, seeing women with all kinds of plastic surgeries, driving fancy cars and going out every night does not necessarily mean that they have the freedom they are entitled too. Lebanon has come a long way regarding gender equality, in 1953 political rights were granted for women, and in 1960 married women had the right to choose their citizenship. These are just two examples out of many, yet Lebanon has not been successful in granting full equal citizenship to women. Modification for this law was achieved in Egypt in 2004 and in Algeria in 2005, sadly the struggle continues in Lebanon.

The law states that if a Lebanese woman marries a foreign national she does not have the right to pass on her nationality to her spouse and her children. For Lebanese men this is not the case, they are allowed by law to pass on their nationality to their spouses and children. This law is basically forcing Lebanese women to only marry Lebanese men, if they want their children to have the nationality and doing otherwise denies her children from many basic rights such as health care, education, marriage, travel or even a job since they are considered foreigners. These children stripped from their rights in their mothers’ homeland eventually become excluded from society. If the country they were born and raised in won’t accept them, they are surely thinking to themselves who will?

How can a person born in Lebanon with a Lebanese mother not be considered Lebanese? It’s just not right. This kind of thinking may have been accepted back in the day but gender inequality should not be an issue anymore. This law is pure discrimination towards women, its basically denying their existence as independent citizens. Why should a mother feel she did something wrong by not marrying a Lebanese citizen? Why should she have to worry that her children won’t have equal rights as others because her husband is not Lebanese? I read in an article that interviewed some victims of this law and it stated that some were forced to quit their jobs because of the discrimination they are facing. This included being underpaid and social security tax deducted from their paycheck even though they cannot benefit from it.

Recent studies have shown that in between 2005 and 2008 approximately 18,000 Lebanese women married foreign men in Lebanon. The percent of Arabs is 74.7%, following Europeans at 11.4% and American at 7.5%. Obviously this law is affecting thousands of families in Lebanon and statisticians estimated that the number of men and women affected negatively by this law has reached 77,400 individuals. This battle for women’s citizenship can and should be put to an end.