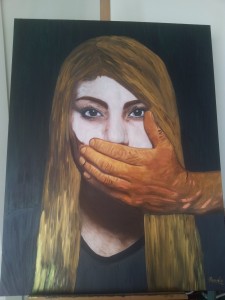 However, there are spaces of dialogue and conviviality, and gender equality cases. Just as memory and identity support one another, they also sustain certain subjective positions, social boundaries, and, of course, power. Every identity implies and at the same time masks a particular relationship. When one speaks of Western Asian women for example, one automatically refers to some never changing objective entity, but in fact one is participating in the process by which certain relationships among women called Western Asian and between them and others one calls the Europeans, Eastern Asian, African and Americans are constructed and sustained. One talks as if deprived of motherhood for example, or of their housekeeper status, or even of their ‘oppressed situation’, Western Asian women would cease to be Western Asian.

Womanhood in Western Asia cannot be summarized in ‘clichés’. It is a complex undergoing construction going back to thousands of years of a multiplicity of roles, situations, status, characteristics, values, visions and practices. Even what is called ‘patriarchal system’ or ‘patriarchal conditions’ vary. Some societies, religions and communities gave women a certain importance by tracing descendants from mothers rather than fathers (matrilineal societies). Others viewed and treated women as inferior and partly ornamental. Within ancient societies in Western Asia, patriarchal frameworks were usually the norms, still, examples of gender equality existed. In several ancient societies, many women could gain some relief through religious functions, which could provide a chance to operate independent of family structures. Still, other women internalized the culture of patriarchy, holding that it was their job to obey and to serve men and accepting arguments that their aptitudes were inferior to those of men. Patriarchal laws defined some rights for women even within marriage, protecting them in theory from the worst abuses, but the application of laws depended on many factors: social, political, economic, religious, tribal, etc.

In nowadays Western Asian societies, most women suffer from deficits in Human Rights. Societal norms that relegate women to subordinate status continue to impede progress. Governments remain resistant to addressing inequalities for women through progressive policy or legislation and often actively pursue policies of repression. Laws against marital rape and spousal abuse are largely absent in the region, so-called “honor” killings persist (except for Lebanon where it was recently banned), and segregation and discrimination remain part of the course in educational and political institutions. 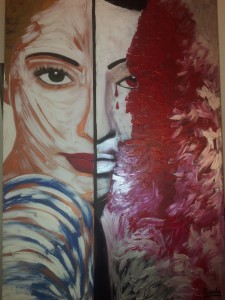 Since 2010, women, alongside men, were actresses of protest/revolutionary movements that swept North African and Western Asian countries. They asked for the advent of democratic societies based on freedom, equality, justice and human rights’ respect. They, like men, paid and continue to pay a high price for that commitment. They should now be able to fully participate in the political life of their countries – especially in the decision making key positions. Women face the risk of forfeiture of a revolution that was also theirs. While all efforts are focused today on the collapse of regimes and the dismantling of the old state apparatus, the claims relating to women’s rights tend to be marginalized.

In this context of transition, where there is already a rise of conservative forces, it is more necessary than ever to take steps to establish full equality between men and women, indispensable foundation of democratic societies.