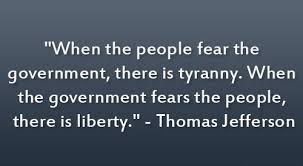 What happens when a society no longer knows the meaning of an Emergency State?A�It seems that this is what we have come to.

Another news about an explosion blasting a certain area and the usual happens: we spend the first 10 minutes in disbelief and panic, we shift from one local TV channel to the other, we surf the net and try and get faster information, we make phone calls and send messages to family and friends to make sure they are safe, we panic a little more because the lines are either busy or there is no connection. And we keep on watching the news (can it still be called news?!), watching the politiciansa�� reactions (the usual condemnation of the situation), learning if it was an assassination attempt (failed or successful), and, waiting for the body count of injured and a�?martyrsa�? to rise…

This sounds like a very bad cycle that we have gotten accustomed to. We are waiting for the next explosion and doing the same routine from A to Z all over again. And in the meantime we are living, or actually we are merely existing. We are letting life pass us by as we wait for the next disaster. And we count down every time.

Mothers get worried; they tell us to always keep our phones with us, just in case. We get worried as well, when we know friends are near whichever area was the lucky one with the last terror attack. And then, we are careful for a day or two, our parents tell us to be careful and I actually wonder: how can we be careful when these attacks are random and not aimed at a specific group of people? Sometimes they are assassinations, sometimes they are simply to terrorize people; either way we may know who are threatened but we cannot know the areas under attack. We could stay home, and if home happens to be a target area it is just as unsafe as the streets are. But how have we gotten used to all of this? Abroad, if there is an explosion people panic, they feel fear, people stand up and try to fight back, asking for a solution and demanding an answer. While all we do is grief, and, we have been grieving since the civil war…

How many of us know what an emergency state is? a�?A government can declare a state of emergency during a time of natural or man-made disaster, during a period of civil unrest, or following a declaration of war or situation of international/internal armed conflict.a�?

The better fitting question is: what government?