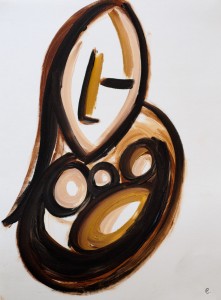 The truth is that ita��s the birth of the Christ. If we think about it historically though, it is not the exact date. We even celebrate it on two different dates. And, we know that neither is accurate. But when was it exactly that Christmas lost its spiritual sense? When was it exactly that the seasona��s songs took a turn from music sung by choirs about the serenity of the occasion to music that portrays the wishes and desires in the light of love and riches? When was it exactly that a�?Xmasa�? replaced a�?Christmasa�? and all the sanctuary of the season was lost?

As a kid, I never used to get gifts for my parents. Every year on Christmas morning I used to jump into my parentsa�� bed and kiss and hug my mom, happily repeating a�?Merry Christmasa�?. Growing up, I began to attempt to purchase presents for the occasion, but I was rarely convinced with whatever I used to pick. So, I used to end up, just like on any other special occasion, making something personal and attaching some poetic lines to it, wrapping it up and there we go! On most chances I get, I take portraits of my loved ones and with a special note I gift it to them. Sometimes, I make them a box and fill it with things they like. But this year, after all Ia��ve put my mother through, and because I can finally afford a grand gift, I wanted to get her something that would be symbolic of how much she means to me and how much I love her.

In this Christmas shopping I realized that my mother, like many other mothers, is hard to please. Mothers sacrifice their jobs, the things that make them happy, the time they would reserve for themselves, things that they would like to own for the sake of their children. Even when we, kids, grow up, our mothers still put us first, care about us first, take care of our needs first. Whenever Ia��d be sick, my mom would be next to me, taking me to the doctor, making me soup, forcing me to drink whatever I needed to drink to get better. And in the early adulthood years, even though she did not approve of alcohol consumption or smoking, shea��d make sure I was alright after a long night. And when I had an accident and broke a bone, my mother was mad at me for calling my dad instead, and she was impatiently waiting by the door, waiting for me to get home. And after my surgery and during therapy, my mother was doing everything imaginable to make sure I was comfortably rested: she turned her living room into a second bedroom for me, running to me if I ever called out a�?Moma�?.

Now, how can I sum up all my love and appreciation for this amazing woman in a wrapped up gift for Christmas? I can imagine her comments on any gift Ia��d get her: a�?You didna��t have toa�?, a�?Ita��s too expensivea�?, a�?I didna��t really need thisa�?, a�?I could have gotten this, you didna��t have to waste your money on ita�?, a�?You could have used your money on something for yourself, something more urgenta�?, a�?All I need for Christmas is to have you by my sidea�?.

My mother is more valuable than gold to me. Golda��s price goes up and down in the market, but how much my mother means to me only grows day by day. And, Ia��m still in the search of the perfect gift.