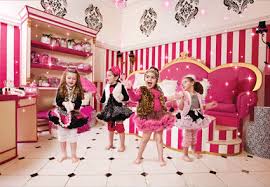 When I was young, a little over a decade ago, my mother would be careful about how she dresses my sister and me. Girls would wear decent clothes. We wouldna��t see girls wearing tight t-shirts with explicit prints on them, we wouldna��t see girls wearing the shortest version of shorts or mini-skirts and we definitely wouldna��t see girls with make up on as a part of their daily routine. I remember when wea��d go to church wea��d cover up even more; girls wouldna��t wear sandals for example, and boys wouldna��t be in shorts and flannels. During beach season we had the simplest swimwear; simple shorts for boys and a one piece for girls or a two piece that wasna��t too revealing. Outings were about having fun, not being constricted in our outfit. We ran, we played, we swam and we didna��t worry about how we looked or what we wore. We didna��t argue about our clothes; we just wanted to wear our favorite color. Of course girls played with their mothersa�� make up kit, and boys dressed up in their dadsa�� suits and ties. But that was it. It was fun and that was the limit. We didna��t see girls go out in make-up or heels, we didna��t see them overdoing their hair on a daily basis, we didna��t see them doing their eyebrows and having lipstick on and plainly acting all grown up.

Today, when we go shopping at the mall, what do we really see? A little girl drags her mother to the stores that have, in my opinion, very unfitting clothes for kids. It seems to me that the fashion industry has taken everything that is made for adults and built mini sizes of it to be able to sell them to kids. Their childhood doesna��t exist anymore. They are jumping straight to adolescence, and it is worthy to mention that the age of puberty has gone back a couple of years. Girls are reaching puberty earlier nowadays, true, but do they have to look like mini Barbie models at that young of an age? With the curls in their hair, the eyeliner, the eye shadow, the lipstick and all the glossy things on their face, girls younger than 10 years old are trying so hard to look like women. Why the rush? It sounds to me that wea��re robbing them of the bit of innocence they should have at that age. 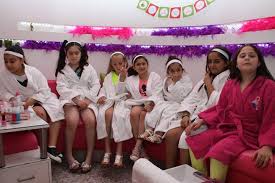 It really worries me how these girls are growing up, and whata��s going to become of them in the future. Will they put so much effort on looks and neglect the essence of things? And what will happen in the far future? What will happen when we have kids? Is it possible to change back all thata��s happened and not be driven by the age of technology and the trends of fashion while raising our kids? Cana��t we stimulate our daughters to consider Mulan as a role model instead of the Kardashians?

Rarely do I see girls with their mothers and they truly look like a family, not a plastic one to be specific though. And I have so much respect for those mothers, because in this society it is the mother that raises the child, and ita��s good to know that there are some families and some girls that have escaped the trend of looking like a Barbie doll and prettying themselves up for no reason or occasion. To you women, respect.