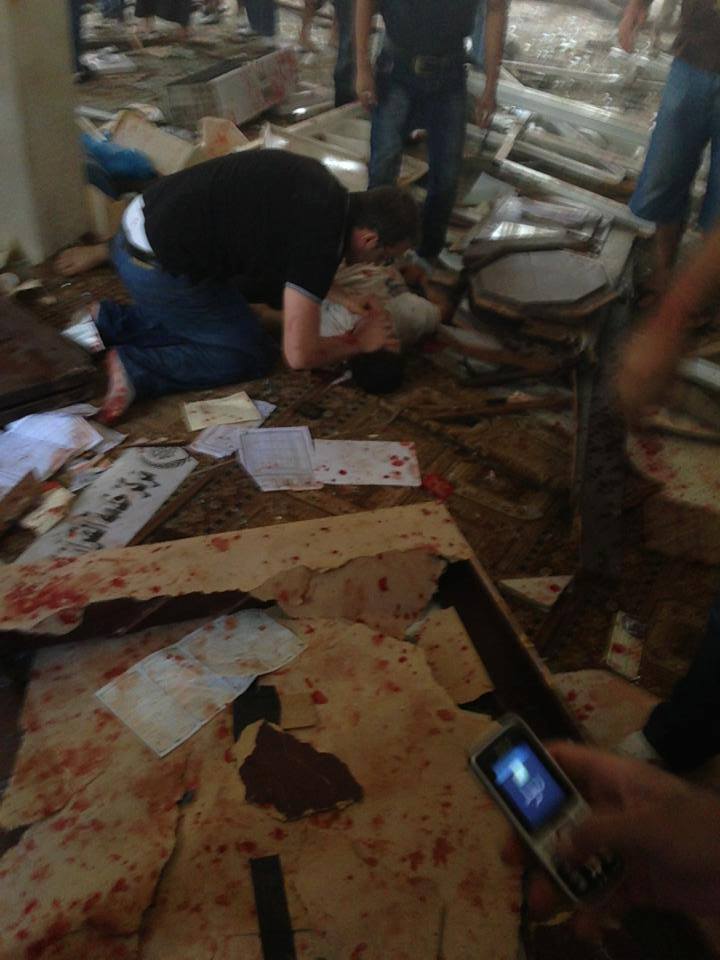 Men, women and children, being mowed down without a thought of remorse…

Counting dead and wounded people on a daily basis…

No stories, no names, just numbers…

Do we (most of us living in Southern Western Asia i.e. the Middle East) have a dysfunctional view of death?

Many used to (and still) ignore death. However, there is a major problem when death is not only ignored but trivialized! Local television channels take us from tragedy to happiness all inside an hour; as if human suffering was no big thing and grief just a momentary bump on the road.

Remember the story of Jonah in the Bible? It seems strange that a preacher would be angry that his listeners repented of their sin (4:1-2). But that is exactly Jonah’s reaction to the Ninevites’ repentance. He knew that the merciful God would spare them if they repented, and he wanted them destroyed for several reasons – enemies of Israel; satisfaction of his own sense of justice; legitimization of his prediction of their city’s destruction … Jonah ran away right into the belly of a great fish when God asked him to go preach to the evil Ninevites. Is Jonah a trivializer? He did take the potential death of the Ninevites lightly. He trivialized their death.

Many much too quickly accept the deaths of ‘others’ – ‘different religion, sectarian community, political affiliation, social class, ethnic identity’.  They make their death trivial. But what they don’t seem to understand, is that death concerns us all, it hurts deeply and stays with us. Pain following tragic death does not disappear and its memory stays alive for decades and centuries. A perfect example? The Sunni-Shia schism and the commemoration of Imam Hussein and his companions’ massacre.

Yes, death can be handled and joy be experienced again. According to major Christian traditions, death is a defeated enemy, through the Resurrection of Jesus-Christ, but the metaphysical question surrounding death is somehow disappearing.

“On television, death is presented as a thrilling spectacle tailor-made for alleviating the general boredom of life. In the last analysis, of course, the covert aim of this reduction of death to the status of an object is just the same as with the bourgeois taboo on the subject. Death is to be deprived of its character as a place where the metaphysical breaks through. Death is rendered banal, so as to quell the unsettling question which arises from it … The repression of death is so much easier when death has been naturalized. Death must become so object-like, so ordinary, so public that no remnant of the metaphysical question is left within it.” Eschatology: Death and Eternal Life. Joseph Ratzinger. pp. 69-72.

Indeed, the horrors of massacres and torture are treated as a curiosity, reduced to punch lines, along with love, sex, religion, education, human and civil rights. How sacred is life when murderers and haters are promoted on TV? There used to be a time when genocides had shock value – ‘NEVER AGAIN’ following Jewish extermination by Nazis??

Do Lebanese have a sense of what is important? I honestly think many don’t – quoting Gary Hardcastle, co-editor of ‘Bullshit and Philosophy’: “Our culture, or at least our nation, is becoming more trivial, less concerned with what matters, by the hour”.

Trivialization of death is an old belief, found in different cultures and civilizations, and those who wage battle against it have a hard time doing so. In 1983 ‘Trivializing America: The Triumph of Mediocrity’, Norman Corwin stated: “It’s easier to think loosely about unimportant matters. People tend to think about football, the news, the weather and their budgets before they think of the important things”.

And it’s easier to tear down than to build up.

If the norm is to always search for the next stimulus and not to sit back and think/rethink about important matters, if the trend is to reduce life-and-death questions to “bumper stickers”, to cheapen complexities, to “muffle social criticism”, our societies won’t only be “stagnant” and “confused”, “irrational” and “scandalously uninformed”, but more… doomed!