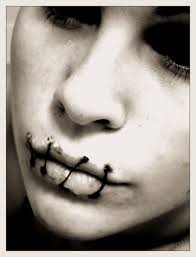 A quite shocking theory by Islamic scholar Imran Nazar Hosein concerning the relation between feminism and ad-Dajjal (the Anti-Christ)!!

For those who are not familiar with Ad-Dajjal:  an evil figure in Islamic eschatology. He is to appear pretending to be the Messiah at a time before the Day of Judgment, comparable to the figures of the Antichrist and Armilus in Christian and Jewish eschatology. In a Hadith narrated by Imran ibn Hussain, Prophet Muhammad said, ‘Since the birth of Adam till the advent of Qiyamah (Judgement Day) there is no fitnah (tribulation) much greater than that of Dajjal.’

“He is sent by Allah as a trial to people. Dajjal will claim godhood and Allah will allow supernatural acts to occur at his hands, such as bringing back to life those he kills, causing the sky to rain by his command, and the earth to produce vegetation by his command. He will have with him what resembles Paradise and Hell. The one he claims is Paradise is in reality Hell, and the one he claims is Hell is in reality Paradise. He will also have two rivers flowing with him. All of these things will be made to happen for him by the Power and Will of Allah. Whoever follows him will disbelieve and be misfortunate and remorseful. Whoever disbelieves him is the true Believer whom Allah has granted success to be of the felicitous. May Allah make us of those who are granted the success of felicity (…). Then Allah will make him incapable of these supernatural events, so that he is not able to kill anyone, and his command is no longer executed. Then Prophet Jesus (upon him be peace) will kill him” (Source: Sheikh Amjad Rasheed)

According to scholar Hosein, ad-Dajjal hasn’t appeared as a human being just as yet. He is present in the world as a godless corrupted system, that includes “Feminist brainwashing”. “The feminists want to be like men. They want to have the freedom to dress like men and behave like men so they can have the freedom to do whatever men do. But that is against how God almighty created the male and female (…)”. In ‘The Truth about Feminism and Women’s Liberation’, Hosein’s Quranic interpretation is clearly explained in his following words: “The Qur’an teaches analogically that as day and night are functionally different yet interdependent, so too are the male and female. The ominous warning is that if this were ever to be changed, if the ‘night’ were to attempt to become ‘day’ and the sacred order of gender were to be overturned, as in the modern feminist revolution, then the anarchy and disintegration of society that would ensue would be equivalent of cosmic mayhem”. The ‘natural order’ is: women should be obedient to their husbands or male guardians; there was never a woman prophet and there will never be; all leaders should be men; angels can’t be given female names; for a male child two animals must be sacrificed, but a female child requires only one; the best row in congregational prayer for men is the first, and the worse (for women) is the last; etc. For Hosein: the day must remain a ‘day’, the night as ‘night’; Islam seeks to preserve this harmony of gender relations, but women would be deceived by ad-Dajjal – by something that would turn their world upside down… Women already dress like men, and people are committing sexual intercourse in public like donkeys (following Prophet Muhammad’s prophecy, again, according to Hosein).

Let me reassure scholar Hosein and others who follow and believe his theory:

1) There is not ONE feminism, but many. In fact, the diversity of theories and practices is impressive, and it does not seem to be possible to state principles, doctrines and methods common to them all. One can speak from within one feminism and, from there, note some of the dimensions along which various feminisms differ from each other.

3) Following in the footsteps of women’s rights pioneers a century ago in the Middle East, today’s feminisms include Muslim women activists who see an Islamic framework as a legitimate terrain for advocating women’s rights, and who believe Muslim men have arrogated to themselves the task of interpreting the Qur’an and Hadith and of defining the position of women (refer to the work of Fatima Mernissi and Rifat Hassan, as well as Leila Ahmed, Yvonne Haddad, Mai Yamani, Parvin Paidar, Afsaneh Najmabadi…). Read also http://www.redlipshighheels.com/muslim-women-reformers-inspiring-voices-against-oppression/

5) Most feminisms are about struggling for women’s rights, but also for humans’ rights… For justice, equality, partnership and mutual responsibility in both the private and public spheres.

6) Feminisms aren’t the product of modernity, nor what is perceived as ‘the Western world’. The struggle for women’s rights existed in ancient cultures and civilizations, including Egypt, Canaan, Persia, Mesopotamia, and the Arabic Peninsula (refer to my upcoming book, to be published by Dar el Machreq, Beirut).

7) Could this link between Dajjal and Feminism be influenced by the Myth of Lilith – enforcing the idea of  many men’s fear of seductive/dominating/intelligent/’speaking’ women ? Read more: http://www.redlipshighheels.com/the-lilith-myth-and-the-male-fear-of-dominantequal-women/

Hosein’s theory – and many others – reminds us that although women are the majority of the world’s religious practitioners, they have been underrepresented as religious studies scholars. Malestream discourses on religion have tended to operate with essentialist notions of gender, seeing gender identity as determined by nature, either of a physical of metaphysical order. The result is that male scholars’ representations of women and of gender hierarchy within religious traditions have been represented as both ‘true and neutral’. Women who challenge dominant notions of their gender construction within religion, are caught – they are labeled ‘lacking objectivity’ or even ‘kafirat’, ‘witches’, and… ‘Dejjal’s disciples’.

Last but not least, attention should be paid to gender bias in theorizing religious phenomena, and secular feminists should not dismiss the study of those phenomena, given the influence of religion as a determinative cultural, social and political factor in the Middle East.