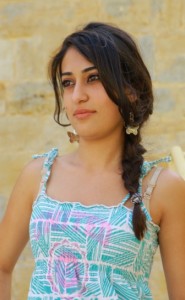 I wanted to talk about women’s right to give their nationality to their husbands and children in Lebanon, but i changed my mind while watching a TV episode of “Ahmar bl khatt el Aarid” (LBC)  about “virginity and marriage”. I was shocked when i heard of the miserable ideas and actions of different individuals who were hosted, from Christian and Muslim backgrounds in Lebanon and the MENA region.

We live in a conservative society that discriminates women. This is what i learned from this TV show, from the observation of my environment, and from what i have been taught since my childhood: “you can’t act like a boy, you can’t go there alone without your brother, all girls have one future – to be a housekeeper, mother and wife -, you should always be careful while dealing with boys, don’t  let anyone get close to your ‘honor’…”.

As girls, we (most of us) grow up with a prohibition regarding sexual relations before marriage. We do not receive proper sexual education (family and-or school); but we are taught to fear sexuality and biological/emotional needs.

In certain contexts, women aren’t allowed to move freely, are punished when exposing bits of their bodies, are deprived of education, can’t drive a car,… When women are raped, they are often severely punished – victims become guilty of the crime!! Even losing one’s virginity following rape is considered a crime of losing one’s honor and the family’s.

What are the meanings of virginity and honor when hymenoplasty is practiced? What is the meaning of being a woman, a human being, when a free responsible sexual life is replaced by oppression and unhealthy practices? What can we say about women who prefer having an artificial hymen over saying the truth and be proud of themselves? What can we say about men who still want ‘virgin girls’ to be married to while they certainly aren’t (double standards) ? What can we say about families and societies built in large parts on hypocrisy, lies and fear? How could women obtain their fundamental rights if there are those – women and men – who are still attached to a membrane?

As I see it, tackling the sensitive subject of honor, linked to women’s bodies and sexuality, is a crucial task in our continuous struggle for equality and justice in our country and the MENA region.