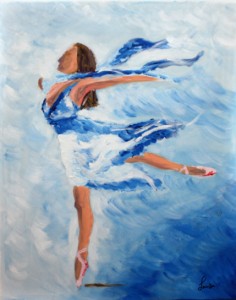 Standard literature on topics like social change, revolutions, modernization, cultural challenges and social movements in the Middle East, does not often examine women or gender issues. Myths and stereotypes abound regarding women. The events of September 11, 2001 have only compounded them. Unfortunately, Globalization, new technologies, cross-cultural relations – both convivial and conflictual – and the 2010-2012 Arab revolutions did not change this situation. If changes occurred – like an increase in numbers of working women, especially middle-class women -, these changes shaped or are shaping women’s lives in a more negative than positive way.

Indeed, there are changing and variable status of women in the Middle East, including the ‘ni putes ni soumises’ (neither whores nor submissive) status. Still, we are far from having reached gender equality and gender-egalitarian social/political systems. However, it does not mean that I believe Middle Eastern societies have fallen behind Western societies because of slow evolution of treatment of women. I do not believe in the hierarchy of civilizations, religions, races, and so on. There are women who achieved their womanhood, others who struggle with violence on a daily basis, whatever the environment they live in or the cultural heritage they carry. By womanhood, I do not mean the coming of age of a woman in the physical sense, but the rise of the essence of a woman in the physical, mental, intellectual and spiritual senses.

Even in most Western societies where democracy prevails, women as a group were awfully disadvantaged until relatively recently, and they are still disadvantaged on many levels – there are marked variations in the legal status, economic conditions and social positions of women. It should be recalled here that Islam provided women with property rights for centuries while women in Europe were denied the same rights. In India, Muslim property codes were more progressive than English laws until the mid-nineteenth century.

There is still a prescribed role for women in the Middle East – mostly based on religious/cultural traditions and laws. Women are perceived as wives and mothers, gender segregation is customary and sometimes legally required. Women must marry and reproduce to earn status. Family honor and good reputation, or the negative consequence of shame, rest most heavily upon the conduct of women. Women are perceived to be different beings – meaning inferior in legal status and rights. They are considered to have different interests than men and are therefore prohibited or discouraged in preparing for ‘inappropriate’ roles. Still, I believe that other factors are involved in the regression of women’s status or its slow progression: urbanization, industrialization, political turmoil, wars and conflicts, social-classes disparities, etc. And, let us not forget that there are women who gained a certain social, financial and political power.