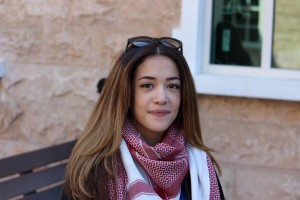 Growing up I remember watching a very popular Egyptian play by the name of Madraset el Moshaghbeen. The play tells a story about a classroom of boys who have been labeled misfits due to their low academic level and behavioral issues. Most teachers who attempt to teach this class of students quit after a few days due to the misfits’ constant pranking. When a well-educated woman, Esmat, finally comes forward and offers to teach the five mischievous boys, she is met with several obstacles purely due to her gender. The first obstacle entails the schools’ administration laughing in her face when she applied for the job, mainly a male principal telling her that a schoolteacher job is no position for a woman. The school’s principal goes so far as to flirt with her and propose marriage, all the while emphasizing that she would be better off staying at home to cater to him. When the well-read woman threatens to let the union know that the administration doesn’t want to hire her because of her gender, they give in and offer her the job.

The second obstacle Esmat endures is that the five belligerent students consider her to be a complete joke; when first introduced, they couldn’t believe that a woman was going to be their teacher. They go so far as to not listen to her lessons and instructions while pulling pranks to undermine the ambitious woman.

The third obstacle, as most of us can unfortunately assume, involves sexual harassment. Not only did the five male students underestimate and disregard their teacher’s expertise, but also they all developed an inappropriate crush on her. Each student tries to woo the teacher in his own way. On one specific occasion, one of the boys rips Esmat’s shirt open, inappropriately exposing her to himself and his four classmates.

When I was a child, watching this play was a little bit of a family tradition. My whole family would gather and we would watch Madraset el Moshaghbeen together until our faces turned red with laughter. I can confidently say that this play isn’t only popular in my household, but in all of Egypt and most Middle Eastern countries. I can also confidently say that most people see Madraset el Moshaghbeen as a fun-loving, classic comedy. Even I once saw the Egyptian play as the biggest laughter-inducer ever.

A few weeks ago, I was indulging in family tradition and watching the play I knew so well. I was laughing at the scene where one of the students, Bahgat, was flirting with his teacher in a way that no man should ever flirt with a woman. Then I allowed myself to think, why is this okay? Better yet, why am I laughing at this? I applied the scene to my life; I have been catcalled by men before and I know how demeaning it is and how angry it makes me. But here I am laughing at this scene despite the fact that if I saw this happen in real life, I would be disgusted.

I kept this train of thought in my mind as I watched the rest of the play and I made an unfortunate discovery: all the jokes in the play were made at the expense of Esmat. Her character stays enigmatic to audiences and she’s never explored as the men in the production are; the only thing we know about her as we’re watching is that she is a woman who is in way over her head because she’s ambitious. I felt that this play represented how women are viewed in some societies: surface creatures with no depth and no right to strive to achieve their dreams. At this point, I resented the play I had known and loved for years. This play hit close to home and I had never realized it before.

Ever since I was old enough to talk, I started making huge plans for myself. I would become a psychiatrist, a lawyer, a news reporter, and CEO of my own company; I wanted it all. As a child, I didn’t understand the limitations I would come to experience as a woman brought up in a traditional Egyptian family. I considered myself the equal of all of the boys in my class. My father would often tell me, “Don’t let anyone tell you that you can’t do something because you’re a girl.” I lived in this bubble of perfection for years, so you can imagine how much of a rude awakening I had when I came of age.

The first time I learned what my society felt about me, I was 12. I was spending the summer in Egypt and I noticed that most of my relatives were avoiding me. One night, my grandfather sat me down and told me that my personality is too domineering for a girl. He emphasized that I should possess the qualities of a lady. I should be soft-spoken. I should be there to help with breakfast, lunch, dinner, and all the clean ups and snacks in between. I should be careful not to have opinions or express them too firmly, because it isn’t lady-like to do so. If I didn’t make sure to do all these things, people wouldn’t want to associate with me. Worse, no man would ever want to marry me. “You should work on making your personality as beautiful as your face,” my grandfather said. Those words still haunt me. I never became a lady in my grandfather’s eyes and I don’t plan on it.

One of the most hurtful aspects of my bubble of perfection being destroyed involves my father and his sudden change of heart. Although my father was my biggest cheerleader when I was a child, he became my greatest challenge as an adolescent. I had virtually no social life because it seemed that everything was a danger to a teenage girl. Little by little, I fought back until I was able to get the social life I knew I deserved. As a junior in university, I became the public relations officer of the student government association. I was so excited to get the chance to hold such a position and make some changes in my school. Unfortunately, every time I had a meeting or an event I had to attend, my father would give me such a hard time. On one particular occasion, I was a semester into my term as public relations officer and my father picked me up from university after an event that ended at 8:30 pm. “Tomorrow you’re going to resign from the SGA,” he said once I got in the car. When I asked why, he said, “Because I said so.”

I can understand a father who worries for his daughter’s safety. I can also understand a father who believes that his daughter’s extracurricular activities are getting in the way of her grades. However, I was neither risking my life nor sacrificing my grades; I had just gotten a 4.0 g.p.a last semester. And I most certainly shouldn’t be limited in my achievements because of what might happen to me. I remember feeling the angriest I’ve ever felt, especially when I reminded myself that if I was a man, I would never have to deal with this type of situation. But I never gave up. I made it clear to my father that he should be proud of me and that I would never quit anything that I wanted to do because someone told me I should. The irony was that he had encouraged me to follow this advice just a few short years ago. What is it about young women trying to better themselves that makes men so nervous?

Due to my feelings on the empowerment of women, I jumped at the chance of taking a class called, Women and Gender in the Middle East, this semester. As a woman from a Middle Eastern background, I was interested in seeing what I can learn from this class. In January, the class had a field trip to the Women’s Museum in Deira. We were going to learn about the accomplishments of women in the Gulf. To be honest, I didn’t have the slightest idea of how women in the Gulf had contributed to the fabrication of the UAE, but I was excited to learn.

The Women’s Museum is located within the Gold Souk in Deira. As soon as you enter, you see a combination of modern and traditional UAE designs. All over the walls are pictures of women who have contributed to UAE politics, literature, media, economy, education, sports, medicine, and art. I’m ashamed to say it, but I didn’t think that women had much of a say in the Gulf, and I never imagined that so many of them had made strides in their respective fields.

Sheikha Lubna Bint Khalid Al Qasimi was the most interesting woman I learned about at the Women’s Museum. Sheikha Lubna joined the government in 2004 as Minister of Economy, making her the first woman to hold a cabinet position in the UAE. She was also appointed Minister of Foreign Trade in 2008 and Minister of International cooperation and Development in 2013. Sheikha Lubna’s responsibilities don’t stop there; she is also a Board Director at the Emirates Nuclear Energy Corporation, a Board Director at the Emirates Foundation for Youth Development, a member of the Board of Trustees of the Dubai School of Government, and Co-Founder and Board Member of the Friends of Cancer Patients. I’m sure that Sheikha Lubna faced some type of opposition in her quest to become who she is today; the thought is comforting and inspiring.

As a woman with enough ambition to span the Great Wall of China three times over, I will always find it baffling when women give in to societal pressures and sacrifice their potential to live lives that were chosen for them. I believe that women should be allowed to do whatever they would like to do, and that society doesn’t have a say in our decisions.

I’m under the impression that the culture I come from allows me to be ambitious within the parameters allotted to me. As in, be ambitious, but not too much. But I will never let anyone decide what I should or shouldn’t do. I trust my instincts and my dreams; to ignore them would be certain death for me. I was never created to be a soft-spoken lady or someone’s trophy wife. As a young girl, I never dreamt of a big wedding with a white dress and a handsome husband. I dreamt of success, I dreamt of being taken seriously, and I dreamt of a life that is much different from the one my relatives accept. I don’t mind if anyone resents me for my way of thinking. As long as I’m happy with myself, I’m fine.