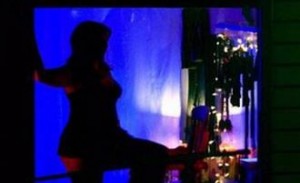 I thought of writing this article when a friend of mine told me her nationality (Eastern European) is labeled ‘only good for prostitution’ in certain Arab countries. I knew prostitution is an ancient reality in the Middle East, still, I wasn’t aware of the growing phenomenon of transnational prostitution and the stereotyping of nationality and ethnicity it created.

Prostitutes – and especially heterosexual female – are usually classified in three categories:  high-class prostitutes, tourism prostitutes and poverty prostitutes. The first category caters to the domestic elite and foreign businessmen, is generally well-educated with well established careers and practices prostitution as a sideline. The second category of prostitutes is often independent and attached to bars or hotels. The last category, the poverty prostitutes, is the worst off since they are always abused and receive low payment. During the 90s and especially in the last decade, there was an increase in high-class prostitution, with women from diverse backgrounds (locals and European mainly) working as escorts.

What are the causes of this increase? Most scholars attribute it on the growing poverty everywhere – one of the trends of globalization – and the tremendous development in technology and communications – refer to virtual sex tourism. Migration is another factor that encourages the globalization of prostitution. The late twentieth century as well as the beginning of the twenty first century is marked by transnational movements for work, business and leisure.

Let us not forget that globalized prostitution has an inherent link with abuse because generally the male dominated society sees women as sexual objects, providing sexual labor. Behind prostitution lies a world of violence and exploitation. An integral part of the globalization of prostitution is also racism. For example in Lebanon and Dubai, there is preference for the lighter-skinned – refer to Eastern European women. Kuwait is a destination country for women from Eastern Asia; Saudi Arabia too. In Tel Aviv, there is a huge traffic of women from former Soviet republics. In Egypt, belly dancing is used by many European women as a first step towards prostitution – also Argentinean, Brazilian and French.

Nowadays, the Middle East is both an exporter and importer of sex trade. Centers of international prostitution include Dubai, Istanbul, Marrakech and Beirut. According to journalist John R.Bradley in his book “Behind the Veil of Vice: The Business and Culture of Sex in the Middle East.”, it is time to crush the popular perception of the Middle East as erotically stifled, and the West as the land of sexual expression and freedom. The more nuanced truth, he says, is that these seemingly opposite cultures have far more in common than we often admit: Both “live under rulers who, under different pretexts and with varying degrees of severity, seek to curb the unruly sex urge as a way of maintaining social control.” There is also a shared “gap between propaganda and reality” and “a vast gulf between public and private morality,” he argues.

What about male sex workers? They are to be found everywhere in the Middle East. “From the malls of Jeddah to the souks of Marrakesh, from the main drag in Tunis to the downtown coffee shops in Amman, boys are available, for an agreed price, as they always have been”.