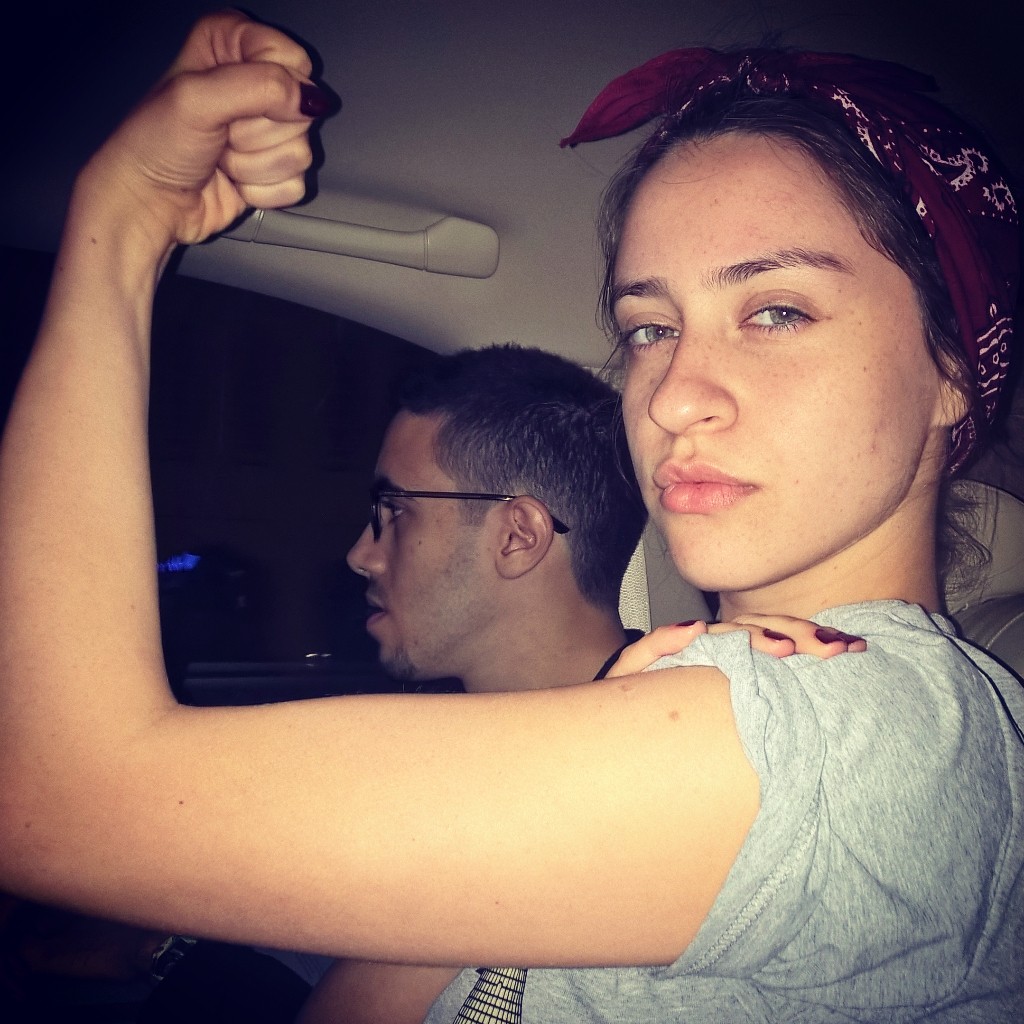 The file was sabotaged, scribbled with faulty illustrations
Of a woman’s physique, like busts from Greek, the Ancient.
With no arms left, coz they have no right to alter their situation
At least… that’s what I understood from these pages’ interpretations

Blinded by traditions and religions, I thought I knew it all
Women’s conditions, and positions, and other things that would fall
Under the division “feminine,” now I know it was a bad call
To expect a woman to be doing dishes in the kitchens, what gall

Maybe Rosa Parks shoulda just moved to the back seat without naysaying
Maybe MLK Jr. shoulda taken his dreams to a therapist coz he was obviously insane
as any girl that thinks she can win this gender game

I know my topic was to be focusing on the Middle East, but be wise
Open your eyes, realize, slowly we are becoming westernized
And everything’s as far as a click on the address bar, I’ve
had to put up with my sister singing ‘bout how she likes big butts and cannot lie

At least she’s taught to be honest right? there’s an upside…
But not to herself… but how could I blame her how would you define
Yourselves if your idols were in those videos like their having a swell time
Dancing for a man who dissects their bodies and rates them… she’s 9

And how can I blame her mother and father? how is that fair when
She knows more about the internet than her own parents?
I mean no disrespect to any woman who cooks, cleans, dances, strips, or works
Sings, works at the force, is divorced, as long as she’s getting what she yearns

I just wish more people would see how open the world is, I prefer
To let my other sister know, she can go into criminology even though she’s a girl
Feminism is not just a movement to try to get women to drive
It’s not about putting men low and holding women high

and fight for and strive, but since that is a reality and fact of life
I’ll be right behind the women, and not checking out their backsides

Feminism is the new ‘F’ word… so let’s use it altogether
Say F you to patriarchy, F you to oppression and oppressors
Say F you to prince charming in all your good looks and wonderful carriage
I say whenever I’m ready for marriage.