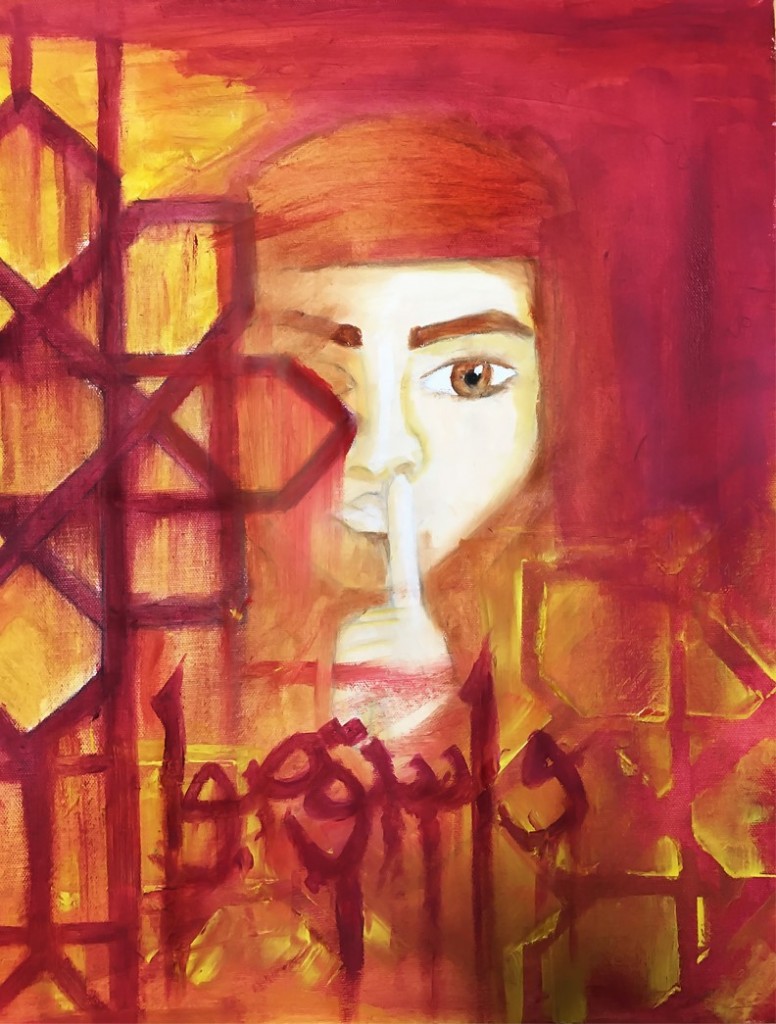 As a Muslim Arab girl, growing up in an Arab society, I’ve often felt like I was silenced or not welcome to be talking in my community. When I was growing up, my parents were supportive and encouraged me to always speak my mind but later on in life, the more people I met the more I realized how much it is frowned upon for a girl to speak up her mind in an Arab society. People constantly link their ignorance and their tribal mentalities to Islam, as an excuse for things they are doing. Therefore I wanted to show how Arabs use Islam as a cage for the Muslim woman and how they silence her. Women are often asked to be silenced, and their voice is considered as a sinful thing, which I personally don’t believe in, I wanted to emphasize on how we are imprisoning women with our culture and mistaking it for a religion that has nothing to do with it.
Inspiration:
I recently went to Hafeet mountain in Al Ain to watch the sunrise, and the gradient orange to yellow colors were really inspiring so I decided to use them. Furthermore, I believe that we always associate shades of brown and red with the Arab culture, due to the existence of a lot of deserts around us, so in a way these colors were all inspired from the environment around me, however each color has a specific purpose in the painting itself.
The Painting:
1-Use of gradient sunlight colors as mentioned before, and the red is very prominent as a color of blood or suffering.
2-An Arabesque shape that presents a cage or a prison.
3-A finger that symbolizes silence.
4-Blood that is leaking from the cage.