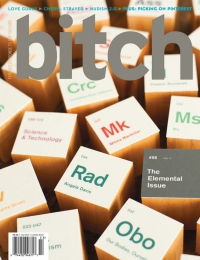 This is not an opinion. This is a simple inquiry about the situation in Lebanon.

Herea��s how I see things to take place:

Ia��ve been told that the reason men feel that they have the power to say and express any and a�?everya�? thing they feel in the sight of women is due to their upbringing. This is the mentality of a�?dona��t wear anything provocativea�? versus a�?dona��t rapea�?. This is the reality of the situation: the parents of sexually abused women find it difficult not to put the blame on them. Men seem to be some kind of creature incapable of controlling themselves in front of temptation. This kind of thinking gives men a free pass and absolutely no reason to respect women, as a start, and have a certain stance and grandeur as human beings.

It is believed among societies, eastern or western makes no difference, that women are jealous from one another. It is also believed that this jealousy causes them to sabotage one another and drag each other down. I know this is not the place to generalize, and that is the last thing I wish to do, but I want an answer: How true is that? Because, as I’ve noticed, it is not a rare occurrence for a woman to label another one as a bitch based on her appearance and the way she carries herself especially with the opposite sex. What surprises me, still, is that when a man who is in a relationship cheats, the mistress becomes the center of attention and the holder of every negative word that could come to mind. In our society, guys who are barely fifteen years old are shoved into cabarets, introduced to women, and, told that it is time for them to be men. And in this same society, women are supposed to remain untouched in any sexual way until marriage.

Is there any scientific research that suggests women have no sexual desire? Is there anything that could imply that sex is in any way helpful to turn boys to men? What is a man? And, what is a woman? A man is believed to be powerful, a man has leadership skills, and a man is simply not a woman. A man does not do the dishes, he does not cook, and he gets himself a wife to fulfill his wants and needs. While a woman should know her place in the family and the working place (if she has a place there at all); she cooks, she cleans, she takes care of the kids, she looks after whoever is ill and she checks with her husband before forming an opinion about any given matter. In addition, if she works she is accused of neglecting her children and made to feel guilty about being ambitious and having goals.

I think ita��s safe to say that a woman loses the most little of rights she has to herself the minute she becomes a wife or mother. But we forget that she already has a very limited access to life. From young age, girls are taught not to upset their father, and when they get married they are reminded not to upset their husband. The bad bit is that this a�?wisdoma�? is passed from one generation to the other, in the word of mouth, from one woman to another. How deep should we go to change this entire line of thought? How can we convince a mother that it is okay to have some time for herself? How do we let young girls understand that looks are not everything? How do we let these same young girls understand that they dona��t have to act stupid to get a guy? How do we make fathers see that theirs sons and daughters are equal? How do we help brothers see that their muscles arena��t needed to a�?savea�? the good name of their sisters? How do we let men see that there is nothing wrong with a man in the kitchen and a woman in the workplace? How do we remove all the negativity attached to femininity and reform the definition of what is a man and a woman?