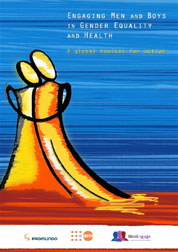 Dr. Pamela Chrabieh raised quite the interesting bullet points: a�?We have to consider such questions as: How do we think about and understand mena��s relations to and involvement with gender equality? What are the different kinds of relationship that men have to gender equality? Why is gender equality of interest to some, often relatively few, men? Why is it not of interest to some, often many, men? What are the theoretical, political, policy and practical reasons why it is important for men to become involved in these issues? How is this to be done?a�?

So, here I am, as a man of interest in feminist subjects, trying to attempt to answer some of these questions.

It is very true that the number of men interested in feminism, and in result gender equality is few. And, the number of men actually involved is even fewer. Why? Because, most men in this country are raised as leaders. Boys are raised to believe that they are the superior gender. Boys are raised to believe that they are strong and that they will be the men of the house one day, and, in their house their word is the definitive one. They cana��t see how it must be for women to be on opposing sides with them. We notice that the situation is different in families where the parents have brought their kids up equally: when the boy goes out to play, the girl does the same, and, when the girl helps out to dust around the house, the boy helps as well. Both kids, then, grow up without linking the difference in gender to a difference of activities and lifestyle. In addition, in any given matter, people can only relate to things they have experienced first-hand. Unless boys live some kind of discrimination (due to a weight or height problem, for being a a�?nerda�?, for being too tidy, for liking the color pink, for not being good in sports, etc.) boys will not be able to be open to the idea of gender equality.

Nature versus nurture keeps ringing a bell in every debate we have nowadays. It is true, though. It does come down to nature versus nurture. You can raise your kids equally, and the boy will still try to overpower the girl and prove his a�?boyhooda�?. It is a mix of both; nature and nurture, with a bigger scale for the nurture in my opinion. When boys watch a lot of wrestling, a place with a ton of men and a few women that are really nothing more than just objects to show off, the brain automatically does the following: women = something to look at. Perhaps we are not aware of this, but television is a big source of education and entertainment for kids, and the images that are portrayed reflect on our society and how the kids view them.

Yes, some men are raised to think of their sisters as their equal siblings, but truth of the matter is, this is the minority. When in families, women stay with their husbands for the sake of the kids, when they accept verbal abuse, they enforce a certain set of standards for the kids, who turn out to be men and women. If these men and women dona��t burn with the flame of revolution, they will not make any changes and the a�?wisdoma�? will be passed from the parents to the children with the same set of rules and the deprivation of freedom and expression.

We can speak in theories all day long when it comes to ways to implement gender equality in the area. Yet, the truth remains that women are getting raped in Tahrir Square in plain sight. This shows us the kind of society we live in. Theories are nice to look at. But can they really be used in real life? Can we really reach gender equality while writing articles, protesting and shouting mottos? Let me correct that last sentence; can women really achieve gender equality while writing articles, protesting and shouting mottos? I dona��t think it to be possible. Sadly, we live in a society where men only feel with men (most, not all), where women are put aside to be believed to be the weaker gender. In this society, men need to be involved in the race for gender equality. Why? Because men will listen to men, because we already have men who are feminists and they can reach out to other men and bit by bit the number will grow and we will see a difference in the society overall. It takes time; Ia��m not saying this is a magic pill. Ia��m also not saying this is the right way. I believe there are battles and there are wars; you can win a thousand battles and lose the war or you can pick your battles and strike hard to win the war. The choice is simple.

Engaging Men and Boys in Gender Equality and Health

A global toolkit for action