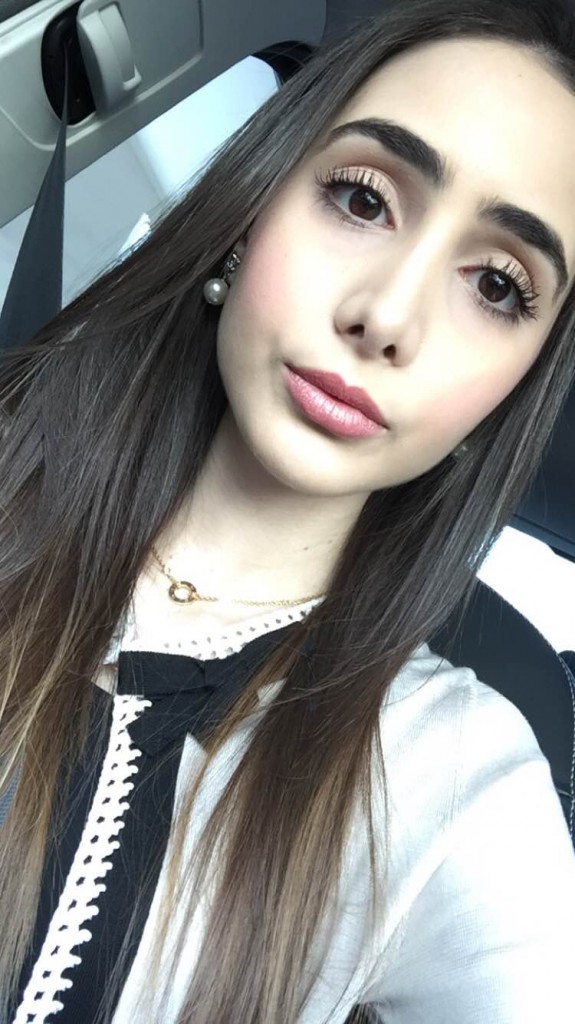 Combating female circumcision (FC), also known as female genital mutilation (FGM) or cutting, is a shared goal amongst human rights activists and feminists. The exact reason behind FGM’s emergence is unknown, but there is proof that it began long before the rise of Islam. Historians believe it was first developed in ancient Egypt for ritualistic and medical reasons.

Even though FGM has been practiced for thousands of years, it has only been scrutinized by society in the last 25 years or so. The growing concern for the subject stems from the fact that FGM is currently being practiced in many areas with a predominantly Muslim population, mainly in countries across Asia and Africa.

Female genital mutilation is typically done by traditional circumcisers, who often play other central roles in communities, such as attending childbirths. Sometimes health care providers perform FGM due to the incorrect belief that the procedure is safer when done by a medical professional.

FGM is internationally recognized as a violation of the human rights of girls and women. It represents inequality between males and females, and is an extreme form of discrimination against women. It is almost always performed on minors and is considered a violation to the rights of children. The practice also violates a person’s rights to health, security and physical integrity, the right to be free from torture as well as inhumane, cruel or degrading treatment, and the right to life if the procedure results in death.

Similarly in the non-scholar Muslim population, some believe that female circumcision is not allowed according to Islam, while others believe it is required. It is difficult to say whether or not FC has a place in Islam because there is not enough evidence supporting either position.

The topic of FGM is controversial in the Muslim society because there are hadiths, also known as teachings of the Prophet Mohammed, which support female circumcision. However, the hadiths can be considered weak by some; in other words, they cannot be used to create an Islamic ruling because the legitimacy of the sayings are questionable. In terms of the Quran, FC is not forbidden as long as it does not harm the health of the female, but it is not explicitly supported either.

According to Islamic law, all male babies are required to be circumcised. While all scholars agree on this law, they fail to provide a united stance on FC due to the different schools of thought. For example, there is no direct evidence that can be found in the Quran to support FGM. However, jurists who follow the Shafi’i school of thought consider FGM obligatory. They believe they have evidence from Al-Nahl verse 123 which states: “Then We revealed to you: ‘Follow the way of Ibrahim with exclusive devotion to Allah. He was not one of those who associated others with Allah in His Divinity.’ ” Shafi’i scholars argue the justification of FGM using this verse and Prophet Mohammed’s saying that prophet Ibrahim was circumcised at age eight.

Even amongst those who support FGM exist discrepancies in thought: some consider it obligatory, some a Sunnah, some permissible, and others an act of respect. This applies to even Muslim scholars who follow the same school of thought; for example, some jurists of the Hanafi school of thought believe FGM is Sunnah, while others consider it as an honorable practice for a woman but not a legal requirement. However, both groups do use the same hadith for justification that translates to: “circumcision is Sunnah for a man and a source of respect for a woman.”

However, it has been proven scientifically that FGM is harmful for women and ought to be prevented and prohibited through education and legislation. Medical experts agree that circumcision can be beneficial to males only; the benefits males receive from circumcision are completely absent when done on a female. Instead, there are many negative physical and psychological side effects associated with female circumcision.

FGM also violates the hadith and well-known saying, “Do not harm and don’t be harmed.” A government of any Muslim country should consider this hadith first before they consult the other ambiguous and lesser-known ones.

Furthermore, according to Islamic law, Allah has allowed many things for human beings for their benefit. The Quran states that “Allah wants to lighten your burdens, for man was created weak.” With FGM only posing as a risk to all females, clearly it is unsupported by Islam.

Apart from holy texts, another justification for FGM is that it reduces female sexuality and prevents females from acting upon their impure thoughts. However, that the female sexuality deserves restraint is in itself an unfounded and even a misogynistic claim. Even if it were a valid motivation, circumcision does not realistically contribute to preventing immoral sexual activities beyond its symbolistic meaning.

FGM thus not only causes physical and psychological harm on females and takes away their right to enjoy sexual intercourse, but also defies Islam by disfiguring God’s creations.

However as mentioned before there is proof that female genital mutilation has been practiced before the emergence of Islam, and FGM is in fact still practiced today by many non-Muslims. This indicates that FGM is not only influenced by Islamic law but also on the culture, traditions, and customs of a country.

Female genital mutilation takes place in many non-Muslim societies in Africa and is practiced by Christians, Muslims, and Animists. In Egypt, the Demographic Health Survey in 2000 revealed that 97% of married women surveyed experienced FGM. The women surveyed came from different religious backgrounds such as Coptic Christians and Muslims. These statistics shed light on the fact that FGM is not a religious practice but a cultural one instead.

In Africa, people who take part in the practice say they do it for a combination of cultural and religious reasons. For example, Muslims and Christians both believe that circumcising females prevents them from performing immoral acts while making them more attractive for their future husbands. Mothers fear that their daughters will not be able to get married if they have not been circumcised.

There are even myths that have emerged amongst the people living in these villages which act to justify FGM. For example, in Sudan it is believed that the clitoris will grow to the length of a goose’s neck until it dangles between the legs, in rivalry with the male’s penis, if it is not cut. According to statistics from UNICEF, 9 out of 10 Sudanese women aged 15 to 49 have been cut. A majority has undergone a procedure known as infibulation, or “pharaonic circumcision,” in which all or part of the inner and outer labia, and usually the clitoris, are removed. Even though a traditional birth attendant performs the operation it is still considered to be a procedure that comes with no health benefits but many health risks.

Despite the pain and shame associated with female circumcision, the practice still continues for a variety of reasons. Some Sudanese people insist that it promotes hygiene, while Sudanese men place a higher value on a woman who has been circumcised. Such women bring a higher bride price, which is important in a predominantly poor country. Social pressure is also a powerful motivation to continue FGM in Sudan. People who support the practice are usually the older women in a Sudanese household, who consider FGM to be a long-standing tradition that has been passed on from generation to generation. There are also many cases where girls themselves have asked to be circumcised due to peer pressure. About 42% of Sudanese women aged 15-49 years still support FGM, which is a decline from 79% in 1990. Support for the elimination of FGM is mainly found among Sudanese women with a higher education and financial status. Support for FGM has gone down by younger women aged 15- 19 years (58% in 2006 and 37% in 2010), meaning that attitudes towards the practice are changing over time. When it comes to men aged 15-49 years, 73% say that FGM should be stopped. Unfortunately, many Sudanese people still fear that their daughters will not be able to get married or will be socially excluded. Midwives and traditional birth attendants, who perform over 90% of the circumcisions in Sudan, are also a group of staunch proponents of FGM, as it is a major source of income.

Despite these social factors, religion still influences the prosperity of FGM in Sudan. Many Sudanese Muslims believe the Quran decrees for women to be circumcised. Thus, while Christians in southern Sudan also practice FGM, it is much more common in the northern region which is predominantly Muslim.

Ironically, Sudan was the first African country to legislate against FGM, and in 1946 the infibulation form of the practice was declared illegal by the Sudan Penal Code. Sudan has also ratified many different international human rights agreements under which FGM is considered a violation. Some of them include the International Covenant on Civil and Political Rights, International Covenant on Economic, Social and Cultural Rights, and Convention on the Rights of the Child. Unfortunately, these legislation have failed to bring any tangible change due to their weak enforcement by the government.

Growing up in North America and the United Arab Emirates has kept me sheltered from hearing about such topics. The first time I heard about FGM was only two years ago, but I thought it only happened in remote villages in Egypt and the rest of Africa. I believe I am fortunate to not have any personal stories relating to the issue but it was difficult for me to write this paper without it seeming like a rant.

A five page essay is nowhere near enough to discuss the horrors associated with FGM, it is barely enough for an introduction. I decided to focus on Islam because I identify as a Muslim and the topic is unfamiliar to me. I felt deeply saddened while reading the supporting arguments of the so-called Muslim Scholars. I do not believe that FGM needs a lot of analysis because it has been medically proven time and time again that it is physically and psychologically harmful to females. Also, all of the scholars are men. Why is it that since the beginning of time men believe they have total control over a woman’s body? But that’s a question for another essay.

I decided to use Sudan as an example because there is just too much information about the subject to use many countries as examples. However, my research made it clear that FGM is not only a religious act, but a cultural one as well. What my research confirmed was that FGM is an outright violation of the human rights of females around the world. I also wanted to talk about Sudan because they have put in a great deal of effort to fight the cause, which cannot be said about other countries.

As you can see from the research I have done, saying that female genital mutilation is a part or Islam, or any other religion for that matter, is like saying that ISIS are doing God’s work. I believe the whole situation is a shameful excuse for men to control women, just like they have been doing since the beginning of time.