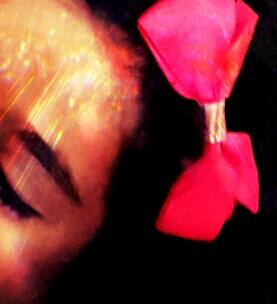 Women do pay a heavy price since the day they are born in Lebanon. The first words most family members said to my mother when they knew I was going to be born were: “A girl? Well… Maybe next time you will have a boy to ‘become her crown’ (yitawweja in Lebanese)…”

Gender based discrimination against female children is pervasive across the world, and certainly in my country. It is seen in all the strata of society and manifests in various forms, including what seems to be ‘harmless words’. Female children have been treated inferior to male children and this is deeply engraved in the minds of people. Some argue that due to this inferior status/treatment, women fail to understand their rights.

My story is that of most women living in the land of the alphabet and the cedars, the once called ‘Switzerland of the East’. True we don’t have a proper census to establish the numbers of sex-selective female abortions and female infanticide, but I am pretty sure that these realities are not only found in India.

Even if my family did not physically murder me, it certainly condemned me to death when it considered me as a mistake, a creature with no value, thus not worth living, a less than a human being. I was the victim of ‘female’ neglect’ for years when family members used to care less for me than the boys. I was the victim (and still am in many cases) of discrimination against my sex in an environment where a strong belief in the following prevails: “The right sex is masculine, the wrong sex feminine. The healthy sex is masculine, the disabled  sex feminine”.

I believe there is an urgent need to highlight the mirror image of son preference, namely daughter-discrimination, and emphasize how a strong preference for sons entails discrimination against daughters. Indeed, as seen in other countries, the stronger the son preference, the more intense the daughter discrimination would be. We need to show how the desire for sons, whether strong or weak, is directly related to daughter discrimination and neglect. This, in its most extreme form, results in the physical death of daughters. But the belief in “Son is wealth, Son is a blessing, Son is the rescuer, Son is the pride of the family” results in the psychological and social deaths of daughters.

I have a daughter now. She is going to learn that this life will hit her hard in the face, especially in a context where she will have to fight for her rights, including that of being born a girl. But at least I will make sure she knows she is a blessing, and that she doesn’t have to wear the cape of a wonder woman all by herself. She is my pride, my joy. I am here for her. And so are other women, here for theirs. Hopefully more will be…