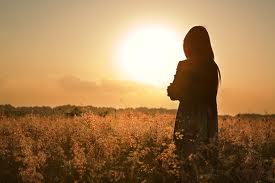 She, and by her, God reveals the feminine self.
God, who combines both male and female characters, is only referred to as a “he”. This, not only limits the divine, but it also cancels the possibility of the feminine being part of God. This notion of God the female, that is revealed throughout the Bible, is acceptable for us middle eastern women, in as far as it stays a notion of the spirit, untouchable and unseen. To witness God revealed through a woman as God is revealed through a man, becomes an astonishing idea and concept, something that is quite unacceptable. The awakening to this truth comes from women who have struggled and fought to bring to light the divine feminine. These women stood against all preconceived and preset rules and laws to bare witness of a God who can also exist in the form of a woman. Becoming a priest, as in being the image of Christ, being the flesh of God, is equally for the woman as it is for the man, with respect to their own nature. For God encompasses all human limitations and definitions.
What a wild idea to know a God who is a She: God the mother, the maiden, the woman. God who is like the mother chicken that brings Her little ones under Her wings. God the fierce mother who protects Her children from every harm, feels for them, cries for them and heals them with Her tenderness.
This is the beauty of a God who is both and neither. A God called equally Papa and Mama. A God who is man and woman. What a concept! Who would not want to run in the arms of such a God?
What does that mean to the women of today? It simply points to the fact that a woman carries the divine in her no matter what, that she is an image of God, that she is able to bless, break the bread and present it to the world to heal its wounds. It also makes us trust a God who knows what it is to be a woman, and allows us to fly nearer to the divine Spirit.
Let us break away then from the images of a male-only-God and bring to our communities God the female who has been long forgotten and quite tightly put under locks.