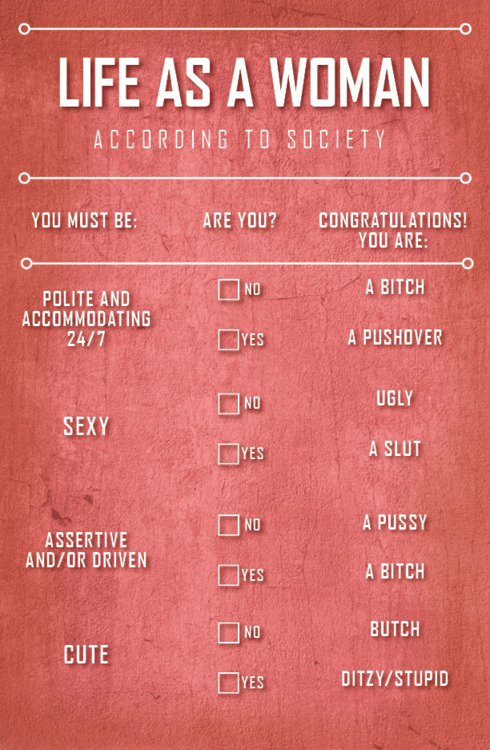 All these feminist movements I see in Lebanon are useless. Every culture has its own set of rules and customs, we should stop trying to import these movements from abroad and implement them here in our society. Those movements cannot achieve our desired goals. Those movements were built for a different life, for a different mindset. Leta��s stop trying to copy the west or stay the hell away from the east; how about we deal with our issues before attempting to fix the society as a whole?

Men and women are the result of our society. Leta��s face it: women can be just as sexist as men. Leta��s work on that.

Is it really a big deal if a man gives a woman advice about what to do or not to do? The a�?youa��re a man; you dona��t have a say!a�? argument seems invalid to me. What about some men being protective over women? Is it really that terrible to want somebody to be safe? Does it have to mean that women are weak creatures and cannot take care of themselves? Some women are protective as well, so what? People have personalities, and these personalities are not gender based… We have reached a point where it seems that whatever a person does he will be attacked. There is no winning. And by doing this, we are certainly going backwards.

Do you feel this extra tension between women? If a woman is sexually experienced she is labeled a slut. If she lets a guy pay for dinner, she is a gold digger. If she pays for dinner, she is being fooled because he will definitely use her and then dump her the minute he is satisfied. If a beautiful woman is raped, she must have asked for it. a�?How can men resist her and control themselves? She shouldna��t have worn that dress!a�? If a woman who was not drop-dead-gorgeous is raped, she should have taken more care of herself because the rapist was probably just trying to make her feel like the woman she is. If a woman cares about work, she is neglecting her family. If she doesna��t care about work, she is so selfishly expecting someone else to take care of her. There is no winning, even between women themselves. That is why we are stuck in our place.

Through unity there is power, and that is exactly what we lack.