Though many commentators have warned that the Arab Spring has turned into a winter, and despite the fact that many countries in the Southwestern Asian region have for the last decades witnessed continuous wars, political turmoil, economic crises, as well as the rise of extremism and the dissemination of sectarianism, the reality, in my opinion, should not be depicted with apocalyptic lenses, nor with binary approaches – i.e. black/white, good/bad, old/new…

The Southwestern Asian region encompasses multiple cultures, beliefs, ideologies, practices, experiences and trends, and this complex and dynamic diversity imposes itself as the subject of study and the canvas upon which scholars should be revisiting the past or assessing current situations and phenomena. With that perspective, when it comes to writing the history of Southwestern Asian feminism and-or analyzing contemporary discourse and activism, I argue that the use of mainstream approaches – evolutionist, revolution-centered and institution-centered – does not contribute to the recognition of diversity, nor to a better understanding of its dynamics. Instead, it fuels memory selectivity versus the inclusiveness of diverse memories and thus histories and identities.

This paper first presents an overview of these approaches, and then introduces my approach to studying feminism in Southwestern Asia and especially in Lebanon – an approach I have been developing for several years as a scholar and activist. Based on the results of ongoing qualitative research I have been conducting since 2004, proving the existence and the positive impact of many individual and collective change-makers, I conclude that it is too soon to talk about the downfall of women’s rights along with what is perceived as the failure of the Arab Spring. In fact, the logic itself is flawed. But, I also disagree with the common motto “There is a light at the end of the tunnel,” meaning the reality we live in is only just a dark/passive/ violent moment. Indeed, preliminary results prove that lights were (in the past) and still are (in the present) illuminating the tunnel.

It is true too that there are many obstacles that women and all Lebanese citizens face, such as the continuous state of internal war (physical/psychological), sectarianism, economic crisis, etc. And yet, despite the gloominess of the situation, my research has uncovered an explosion of diverse feminist voices and initiatives in Lebanon and within the Lebanese diaspora worth studying, encouraging and including in the much needed dialogue between feminists, and between feminists and other actors within the Lebanese society – a much needed dialogue that helps to harness diversity and overcome divisions.

While further investigation is definitely needed, I will conclude with the following points: these change-makers or agents of change offer an alternative to the disenchantment experienced by many institutions and non-governmental organizations – a disenchantment that results from aiming for a generalized transformation (a revolution) concerning women’s rights in particular and other socio-political causes as well. This alternative is about taking small, varied and diffuse but continuous steps, about recognizing and appreciating the many lights that help us walk through the tunnel, and about including those in the history of splendors brought with the ships and the shipwrights. 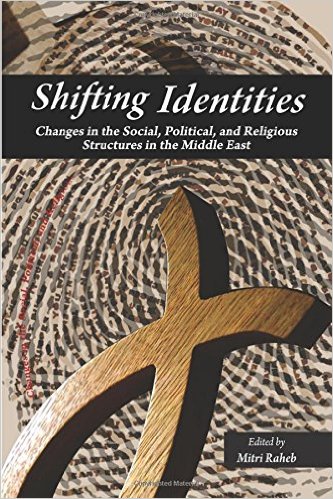